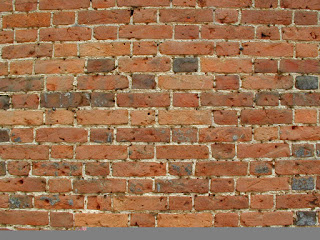 I write fictional tales about relationships. Typically the writing is very formulaic. Guy meets girl. Girl likes guy. Guy and girl fall in love. Girl and guy fall out. Girl and guy make up. Everybody lives happily ever after.

Some of the relationships I write about here aren’t packaged nearly as neatly. Most times the endings aren’t always happy. Every so often I am guilty of putting my own mess out here. It’s a form of therapy. Writing it out allows me to dissect and examine the pieces and most times make sense of the moment.

With my new relationship I have refrained from putting but so much of it out here. I didn’t think it was fair to my very special friend for me to open him up to so much public scrutiny. I was also acutely aware that he and I both had friends and family who would occasionally stop by to see what I might have been up to. Y’all know how family can be in your business. I didn’t think it was fair to give them but so much fodder to feed on while he and I tried to discover where we were going with this thing.

But now it would seem that he and I may not be going very far after all. My guy and I have hit a brick wall. Hard. I told you about that prickly truth thing. It stings like hell when you lay it out on the table and deal with it head on. We did that this weekend. Exposed the ugly of it and tried to figure out what it meant for the two of us.

I was married for too many years to a man who was in love with someone else. They had a child together during the course of our marriage. During our time together I was acutely aware of how he didn’t truly love me. Blatant disrespect was one hell of a teacher! Despite the ex-hubby’s insistence that there was really never anything between him and his other women, I knew better. I saw it every time he didn’t look at me the way I saw him look at them. I learned a valuable lesson from the experience. I discovered that having love for a person was whole-heartedly different from being in love.

After many years of heartache, I came to realize that I would do everything conceivable to insure that the last half of my adult life fared much better in the relationship department than my first half. I promised myself that I would not waste an ounce of myself on a man who had love for me but wasn’t in love with me. I would not be the woman a man settled on even though his heart wasn’t fully committed to me.

My very special friend is more confident than I am about our relationship. But I also think I’m guarding myself from having my heart broken. Only time will tell what may or may not happen. Right now though, I’m not placing any bets on my happy ending.
Posted by Deborah Mello at 7:37 PM
Email ThisBlogThis!Share to TwitterShare to FacebookShare to Pinterest
Labels: Me Myself And I

Speaking as one of those nosey relatives and friends who stop by and view the blogs of your personal life give it some time to blossom just not as much as last time. I know your special friend has knocked down a few of the barriers you have erected because there is still a smile on your face. (LOL)
Bridget

LOL. Yeah, girl, I am still smiling. But I definitely don't have as much time for waiting and seeing like I did the last 27 years. I guess I'm just afraid that other shoe may fall and then I'll be standing here, alone, again, thinking, what now?

Love ya much, my friend!