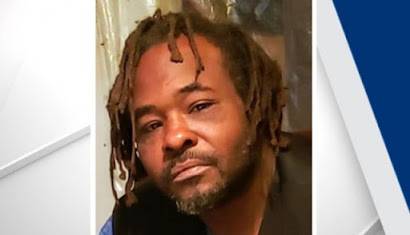 Roxboro, NC is one of those sleepy communities that is reminiscent of another era. Back in the day I’m sure it was considered a one-horse town and despite the growth, it is still a community where time feels as if it is standing still.

Little happens in Roxboro and the residents are happy to keep it that way. There was little fanfare when a convoy organized by the Klu Klux Klan paraded through town in 2016 to celebrate President-Elect Donald Trump's win. Only a few of the town’s citizens were dismayed by their presence. Local police blocked several intersections along US Highway 501 as they waved their Confederate flags, moving through and exiting the city. Sadly, racism in Roxboro is one of those things that time has held onto tightly. 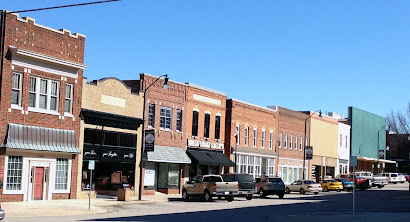 Law enforcement and local politicians have become proficient at keeping attention off the small community. But anyone who lives there, works there, or who has contact with the town knows that racism is as prevalent now as it was some fifty years ago. It’s usually not overt racism, just that old-fashioned, very Southern, know-your-place-and-stay-in-it kind of racism. Racism that is deeply ingrained, resistant to change, indignant, stagnant, and perpetuated by the descendants of the confederacy. The kind of racism where law enforcement rule with a heavy hand and people of color are sometimes criminalized for simply breathing. That kind of racism with its own set of judicial rules, one set of laws for whites and another set for blacks, the playbook written decades ago on the backs of our enslaved ancestors and sanctioned daily in the Person County courthouse.

Most recently, 45-year old David Brooks, Jr. was a victim of that heavy-handed rule. As it was widely reported, on July 24, 2020, David was fatally shot by a Person county police officer who responded to a 911 call reporting a person with a gun walking on Old Durham Road with a mask on. The officer claimed after issuing an order for him to put the weapon down, that David pointed the gun at him instead, and he was forced to fire. Roxboro Police allege that they found a loaded, sawed-off shotgun at the scene and Police Chief David Hess said that weapon is considered a “weapon of mass destruction” and is not legal in North Carolina.

And here is where fact and fiction diverge, the media justifying David’s death and Roxboro’s law enforcement community and local politicians working diligently to divert attention far from them. David was known to many in the community. He was also known to the local police. In fact, it has been reported that this was not the first time David had an encounter with the same officer who killed him. Allegedly, said officer was reported to have stopped David just a week or so earlier. In that instance, the same gun David carried was deemed legal, returned to him, and David was sent on his way. If this is true, why was this stop necessary or different? 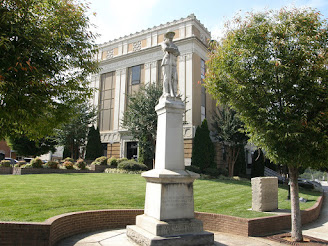 North Carolina is an open carry state. It is not unusual to see white, male residents of Roxboro with their weapons holstered or being carried. Rifles lay in the beds of pickup trucks and for those male residents it would seem to be a rite of passage that only they are allowed. No one ever blinks an eye. Recently, four white males carrying AR15’s stood guard over the granite statue of a Confederate soldier that stands near the intersection of Main Street and Court Street on the courthouse square in downtown Roxboro. Allegedly, calls to local law enforcement were said to have been ignored, no one coming to check the legality of their weapons. They were, after all, protecting Roxboro’s confederate legacy.

David wore a mask to shop at the local Dollar General Store. Store employees knew David. It was not his first visit to the store. They have said he was always respectful and never a problem. He walked there and was walking home. He did that often. With his gun. David wore a mask because we are all wearing masks to stores to shop now. David wearing a mask was pragmatic during these times of Covid-19. His mask was not illegal.

Local television stations who have aired the dash cam video of David’s shooting admit to editing it to be sensitive to David’s family and their viewers. Edited video typically supports the narrative one would like it to support. Edited video sometimes leaves out valuable facts, most especially when a black man has been shot and killed by a white police officer and the powers in charge want to control the narrative.

Those who have seen the full video question the officer’s account of what happened. David was asked to put the weapon down and some feel he was reaching for the shoulder strap to do just that when he was shot once in the chest. Others don’t dispute that David lifted the barrel of his weapon, pointing it toward the officer as he reached for the shoulder strap. Officials claim the encounter lasted six minutes. The video would seem to show that David was shot a mere six seconds after the officer exited his car and issued the command. Some argue that he fired as David was trying to comply. Others claim David’s actions was malicious, his intentions to do the officer harm.

The officer is heard on audio tape explaining his action, although there was radio silence for almost two minutes as he was dispatched to the scene. What was said over the radio and why were those comments edited out? He said he drove past, and David tried to hide his gun. The video shows David did no such thing. The officer acknowledged exiting his vehicle with his shotgun. Most officers exit with their service pistols. Why a shotgun? For someone known to him? And why a gun at all when the officer in question ALLEGEDLY has a pending domestic violence case against him and should not have been in possession of a weapon at all? That takes us back to the Roxboro rulebook and who must follow it and who doesn’t. But I digress because this isn’t about the officer’s prior failings or his history. Not yet. Nor should David’s prior actions be weaponized against him to support the argument that he deserved to be shot. But it will be if it’s necessary to help justify the police officer’s actions. But one might argue that if prior history warranted David losing his life, then prior history might point to the police officer’s motives for pulling the trigger before any efforts to deescalate the situation were made.

Officials claim David was immediately rendered medical support. That could also be disputed. Secondary officers arrive within minutes of the shooting. Two look down at his dying body as the officer who shot him asks, “Bro, you good?” David is admonished to stop moving a few times. David is frisked for additional weapons as one leg begins to shake violently. The officer who pulled the trigger is heard calling David by his name more than once, so David was clearly no stranger to him. Medical help is rendered when EMS arrives minutes after that.

Battle lines have already been drawn. Arguments abound supporting the officer who was “just doing his job”. Fingers are being pointed at David for not complying with police orders. Everyone has an opinion and those opinions are split down color lines. The police are viewed as saviors and their actions should not be questioned and a black man standing against the status quo was deemed dangerous.

Had David been white would he have even been stopped? Most in Roxboro would say no because they’ve seen how white males holding AR15’s are dealt with. Would there have been more effort made to deescalate the situation? Would the officer who pulled the trigger have utilized that training the Police Chief claims his officers have all undergone for situations just like this one? Why was that training not in play when this cop pulled up on David? If he forgot his training in those six seconds should he even be on the police force? The family has questions. Outsiders have questions. The community should be asking questions instead of closing one eye to every ounce of racist behavior in their fair town. But I digress yet again...

David knew his rights and he was well within them to carry his weapon out in the open in Roxboro, North Carolina. He also knew that not playing by the rules and knowing his place put him at odds with Roxboro’s finest. David believed he was being watched by local police. He believed they intended to do him harm. Some attributed that to David’s mental health. But hindsight shows David knew more than many gave him credit for.

David’s murder is barely a footnote now in Roxboro’s history. Most know David will be blamed for his own death and the officer involved will go back to policing the community like nothing happened. Although officials say they continue to investigate and the shooting is still under review, media attention has moved on to yet another shooting. The most recent in Kenosha, Wisconsin. Another black man gunned down, on camera, by a law enforcement officer. Another spotlight on shootings that happen with regularity with little to no consequences for the police officers involved.