It's always a great time when good women get together to share what they love. A while back I had a blast at the Wake County Library event with fellow authors Lecelia Turnage, Sharon Ewell Foster, and Lisa Watson. Writers panels, book signings, and conferences. It's just a day in the life of an author!


Posted by Deborah Mello at 11:47 PM 2 comments:
Email ThisBlogThis!Share to TwitterShare to FacebookShare to Pinterest

Much appreciation to our host, Cyrus Webb! It was a great conversation and a pleasure to become acquainted with author Andrew Peterson.


Find Additional Entertainment Podcasts with Cyrus Webb on BlogTalkRadio
Posted by Deborah Mello at 11:20 PM No comments:
Email ThisBlogThis!Share to TwitterShare to FacebookShare to Pinterest 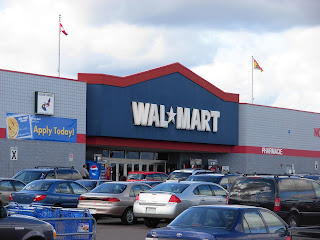 So, this post has been muddling around in my head for a while now and I’ve refrained from writing it for a host of reasons. But annoyance has pushed me right off the edge.
I’m putting Walmart on blast. Walmart #1751 and its management team. Former manager Brian M. and current acting manager Jason F. specifically.  Well, maybe not so much Jason since he’s only been at the helm for a week or so. Him I’ll give a pass to. Brian, not at all. And maybe, many of my issues with Walmart #1751 are why Brian’s not there anymore. We all know leadership can either make or break a business.
I’m indifferent about Walmart. They are neither my most favorite nor my least favorite place to shop. I see them as a necessary evil, a means to an end. Plus, in the middle of the night, when I’m bored with insomnia, going to Walmart gives me something to do.
I use to love spending time in Walmart #1751’s book section. They had one of the best ethnic book sections around. And it was a hellava lot of fun to go see how my books were selling when they came out. Yes, I admit that I did that! Then two months ago the ethic books all disappeared. And not just the African-American tomes but all the ethnic books. I had a whole conversation with former manager Brian M. about the disrespect to his shoppers, a very diverse and multi-cultural community, who depended on finding their favorite authors in that section. Former manager Brian M. assured me that the problem would be resolved quickly and the ethnic books section would be reinstated. It seems he had gotten a lot of complaints and mine was not the first. Brian failed to make that happen before his departure. No worries. It’s on my list to repeat that conversation with current acting manager Jason the next time I’m in the store.
Most of the employees at Walmart #1751 are decent folk. Professional, friendly, and a pleasure to deal with. A few on the late night shift know me and Big Daddy by face and we enjoy chatting with them as we stroll the aisles or check out. They are why I've continued to shop there. Then there are those minimal few who make the experience tedious and unpleasant at best. It’s those few that give Walmart a bad name and makes me wonder why the management team isn’t doing a better job with their customer service.
And why does it take someone in excess of twelve minutes to answer the phone? And when they answer the phone why do they immediately disconnect the line so that you have to call back and wait another twelve or more minutes for someone to answer? That’s the kind of annoyance that pushed me over the edge. That and my last visit to the customer service counter.
I am very easy going. If I’m complaining then I have had my last button pushed, my last nerve tested. I’ve reached that point. Frequenting this store as much as I have I feel a kind of kinship with the people I encounter on a regular basis. I talk and make conversation. Walmart #1751 has a customer service person who clearly does not like her job or its customers. Despite my best efforts, trying to engage her is like banging your head against a brick wall. She is dismissive at best and many times outright rude, her mood of the moment dictating how she deals with customers. This past weekend, she pushed my last nerve. It’s supposed to be customer service. No matter what kind of day she might be having she should at least SPEAK to the customer she is supposed to be assisting. This woman never once opened her mouth to SPEAK to me. No greeting. No comment. Nothing. She simply rolled her eyes when I told her I had a return. Took my item and snatched my receipt off the counter. She handed me my cash back, then turned her back as if I weren’t even there. It was blatantly disrespectful. Corporate might want to catch a clue. That’s not the way to retain or grow customers.
I’m hopeful that Walmart #1751 will get their act together. Perhaps new management will infuse new life and make any future shopping ventures a better experience. Until then, I’m putting Walmart #1751 on blast. And I’m taking my money down the road to Walmart #5118 if I even bother to return to Walmart at all.
Posted by Deborah Mello at 10:01 PM 1 comment:
Email ThisBlogThis!Share to TwitterShare to FacebookShare to Pinterest
Newer Posts Older Posts Home
Subscribe to: Posts (Atom)