NO LONGER AN OPTION 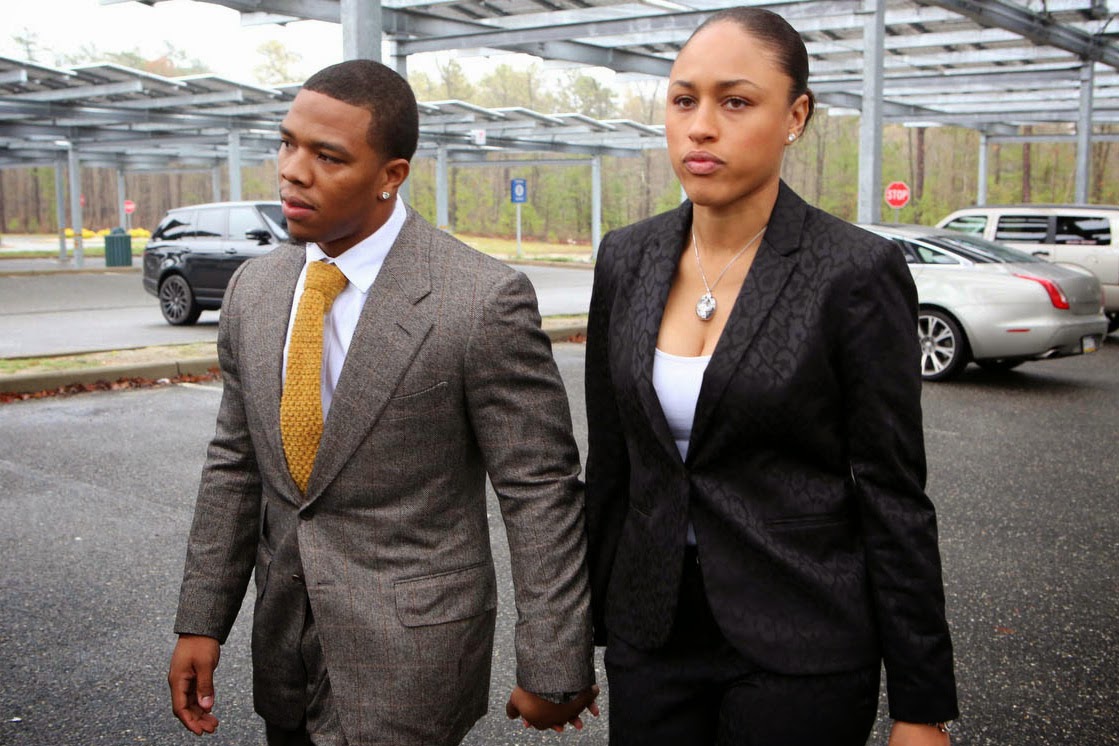 In February of this year Ray Rice, a 27-year old professional football player with the Baltimore Ravens assaulted his fiancée, Janay Palmer, in a hotel elevator. Rice was arrested and subsequently indicted for third-degree aggravated assault.  Not long after Rice and Palmer were married, Rice entered a pretrial diversionary program, avoiding jail time and the NFL gave Rice a two-game suspension for his bad behavior.

After initial outrage over what many deemed a simple slap on the wrist, the league subsequently revised its policy regarding how it will handle future domestic violence cases. And then video tape of the incident became available to the public. People were outraged to see Palmer punched so viciously and the NFL had to do some serious back pedaling. Rice’s contract was subsequently terminated and the NFL has suspended him indefinitely.
Comments on social media have run the gamut. Some have said Palmer deserved it for provoking Rice. Others believe castration would be a more fitting punishment than suspension. Everyone and their mother has tossed in their two-cents expressing everything from support to outrage and moral indignation.

I personally do not believe that was the first time Rice has hit Palmer. Nor was it the last. Like many women in abusive relationships Palmer has since come to the defense of her man, claiming the media is at fault for blowing this all out of proportion. She even apologized publically for her actions related to the initial assault. She has proclaimed Rice a good man who should not suffer the hurt and shame they are now going through. I don't know if Rice is a good man or not. I know he punched the woman he claimed to love in the face and then dragged her out of an elevator. I also know that if it had not been caught on camera we would not be having this conversation because Janay Palmer would never have told.

It breaks my heart to see so many young women who accept a man's bad behavior without question. We are not teaching our young women that they have value that extends past their private parts. Nor are we getting the message across that they don’t have to settle for relationships where they are blatantly disrespected or abused. If young girls today think it’s okay for a man to put his hands on them, or for them to put their hands on a man, then we are failing them all. If a woman doesn’t know and understand that love isn’t supposed to hurt then she is being taught the wrong lessons. And if we are saying those things and they still are not hearing or learning those lessons then we need to shout it louder and say it more often.

My late grandmother was never short on relationship advice. She would quote one adage after another.
Grandma’s advice made a whole lot of sense until I had to put it into practice. I discovered early on that maneuvering a relationship with an abusive partner is like maneuvering a minefield with a ton of weights. Every step is potentially dangerous. And every step is petrifying. And every so often that step can come with no repercussions at all. As I think back though, what my grandmother never said was that it's okay to leave. And leaving isn't failure. And his issues are not your issues.

But women in abusive relationships stay. They readily dismiss those moments when harsh words, or a vicious slap leaves them broken and battered. They stay in situations others would turn and run from. They defend bad behavior and continue to love their abusers, believing that things and people can change. And an abused woman can justify a man’s bad behavior as if her life depends on it because sometimes it does. Right or wrong some women will stay. I know I did. I stayed until staying was no longer an option.

I wrote a book once about a man who was abusive and the woman he abused. There’s a passage where someone asks “Why do you think she stays?” And the matriarch answers.

“At first, she stayed because she was scared. Angelette won’t nothing but a baby when Graye bought her home. Y’all know that. Came here running from something, thinking that Graye was going to make it all better. Then she stayed cause she loved him. Problem was she hadn’t done enough living to really know what love was. Just knew that Graye wasn’t as dark as what she’d been running from befo’. Thought that was love. After a while she just stayed cause this was all she knew. She knew what to expect. Knew what to do, when to do it, and if it got messed up, she knew how to fix it. Now…now, she stay cause she don’t have any other choice. Graye done beat all her choices out from under her and she think she ain’t got none left.”

THE BUSINESS OF WRITING...MY WAY 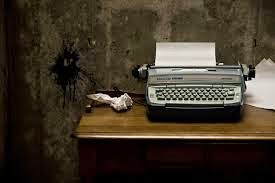 I am getting back to the business of writing. And I’m not talking about the marketing or the editing or those details that enable the craft. I mean I’m getting back to the business of being vulnerable, of opening myself up and allowing all my shit to spill out onto paper. Lately, writing has been a host of challenges. More times than not I find myself dealing with deadlines that tax my creative spirit. Or editorial comments that have transformed my words and my story into something that no longer feels like it belongs to me. When the writing has needed to be cotton-candy like and tied with a pretty pink bow. That kind of writing has been more the norm lately than not. And I’m consciously making the decision to leave it all behind for a while.
I live to write stories that are haunting to one’s spirit. Stories that linger like the sweetest memory of times long lost. I need to get back to the business of writing that put me here in the first place. I need to spin words that might be dirty and ugly, speaking truth that touches someone’s heart in a way no other words before have. Stories that come in damaged boxes, with torn paper, and no pretty bow at all.
My books Rested Waters and Graye are those kind of stories. Both are tales that dig deep holes and will take you places you’d prefer not to go. Stories with characters that are flawed and endings that aren’t neat and perfect.
I need to write what’s in my heart because there’s a story pulling hard at my spirit, determined to be told. So I’m getting back to the business of writing...my way.