GET YOUR COPY OF PLAYING WITH FIRE WHEREVER BOOKS ARE SOLD! 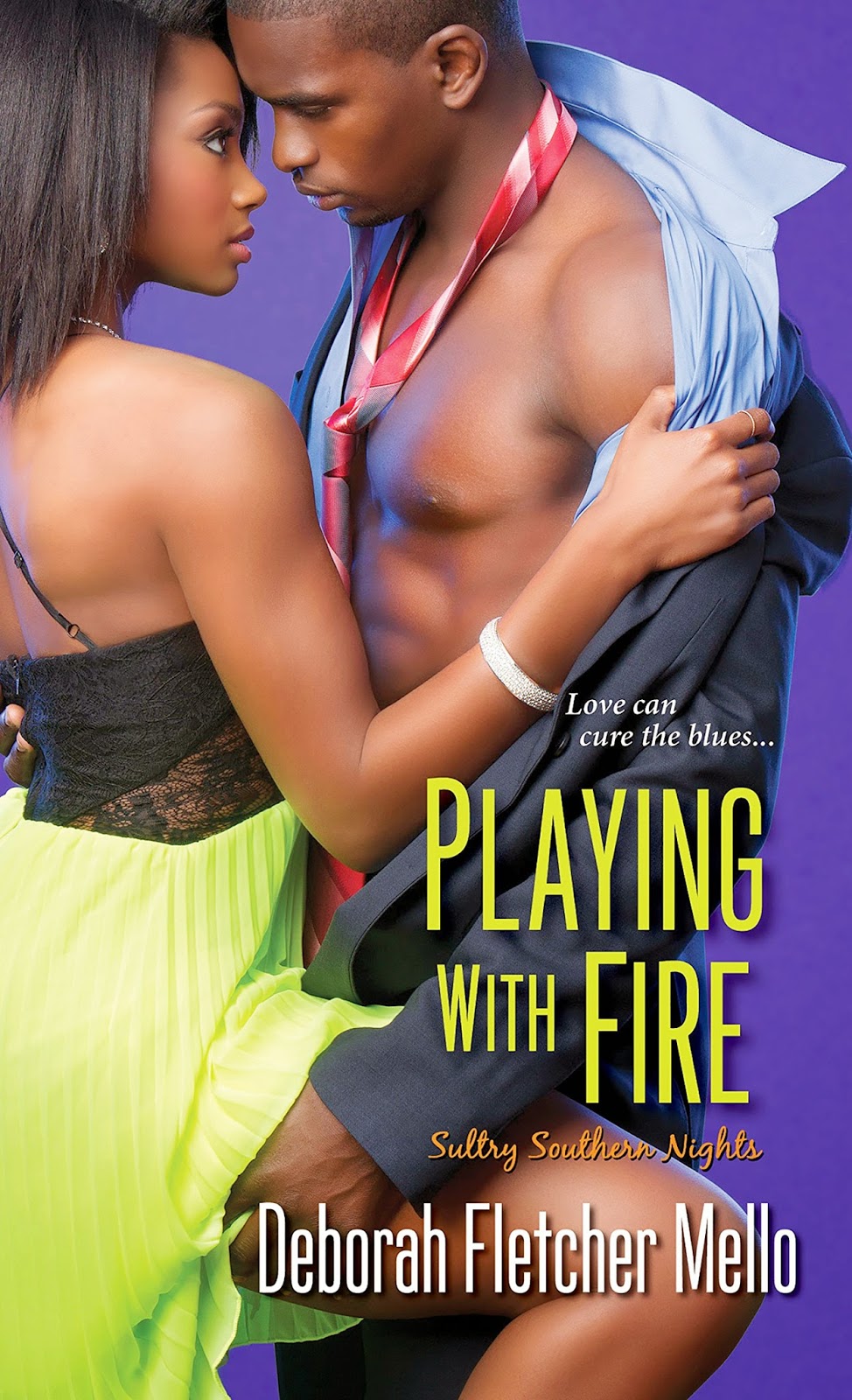 Advance Praise for PLAYING WITH FIRE

“At the heart of this narrative is a two-pronged love story. One is a standard romance; the other is an absentee father’s role in his son’s life…But at its core, this is a page turner that will please and, hopefully, lead to a follow-up. The characters are compelling, the heartbreak is palpable and the tension runs high.” – RT Book Reviews, 4 Stars

“Mello delivers a fascinating tale of family deception while looking inside the soul of a man who grew up without a father.” – Publishers Weekly

"Mello lives up to her reputation of providing quality reading material. Curl up with a cup of hot chocolate, tissues, a blanket and get lost in Romeo's story as he is PLAYING WITH FIRE in more ways than one." - Romance in Color

"Ms. Mello has a gorgeous vocabulary used to describe the many delicious hues of skin we encounter in the story. Cocoa-kissed complexions and dark chocolate draped muscles make for enjoyable, moist and artistic reading." - Romance and Smut

Posted by Deborah Mello at 1:28 AM No comments:
Email ThisBlogThis!Share to TwitterShare to FacebookShare to Pinterest

This past Saturday I celebrated my birthday and the release of my next book, Playing with Fire. As I make my way home I had to take a moment to acknowledge some very special people who helped make the entire weekend a major success.

First and foremost, my heartfelt gratitude to all the fans and readers who took time out of their busy schedules to come hang out with me. Thank you! Your support has been a blessing and I know that if it were not for each and every one of you buying and reading my books I wouldn't be where I am today.

I have to shout out Ms. Cynthia Culp-Miller, sister-friend extraordinaire. From start to finish, Ms. Cynthia has been a formidable force to be reckoned with. The unofficial President of the official Deborah Mello Book Club, this woman knows how to make things happen, and when my anxiety level was at an all-time high, nervous energy pitting my stomach, she was a rock. She kept me smiling and standing and her generous spirit just makes my heart sing! I consider it an honor and a privilege to call her my friend.

I have to thank all the family and friends who showed up to party with me. Your presence was a blessing and I am immensely grateful for your support. I have much love for all my cousins and aunties who rallied the troops and came dragging friends along with them. 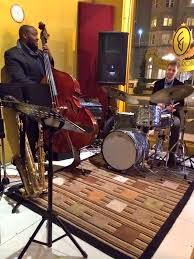 Gratitude also to Mr. Sam Yi and the staff at Churchill Grounds Jazz Bar. Your Southern hospitality went above and beyond expectation. The evening was absolutely incredible and the performance by Matt White and the Super Villian Jazz Band was a memorable moment. As well, much appreciation to everyone at the Crowne Plaza Midtown Atlanta. From sales to housekeeping everyone was so gracious and kind and all of my guests were made to feel at home.

And I have to give a little wink-wink to Big Daddy! It’s amazing what can be accomplished with the perfect partner and companion by my side! I love you immensely and value your opinion like no one's business!

Playing with Fire will be officially released this Tuesday, February 24, 2015. Everything golden about this weekend is embodied in Romeo Marshall’s story. It’s a tale of friendship, family, and love against a backdrop of beautiful music! I really hope you’ll buy a copy and I look forward to hearing what you all think.

Posted by Deborah Mello at 10:45 PM No comments:
Email ThisBlogThis!Share to TwitterShare to FacebookShare to Pinterest 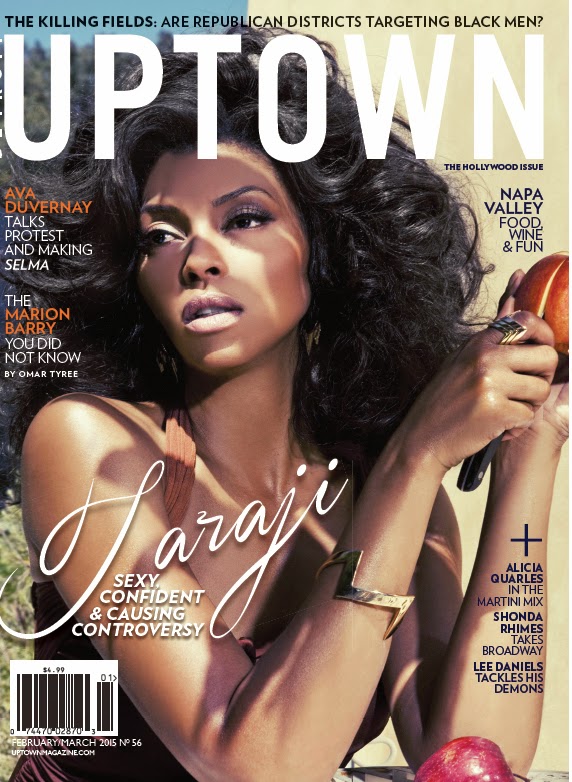 
And the talent! How can you not acknowledge the talent that Taraji P. Henson, Kerry Washington, Gabrielle Union, and Viola Davis are bringing to the table? We’re getting characters who have dimension! They’re richly layered and are being played with professional nuances that are without doubt, award-worthy. These women are playing these roles, giving us the good and the bad of themselves to make us either love or hate the women they are portraying. They are invoking emotion that has the twitter-sphere blazing and critics castigating. They are not going unnoticed and I think that’s a very good thing.
Posted by Deborah Mello at 11:35 PM No comments:
Email ThisBlogThis!Share to TwitterShare to FacebookShare to Pinterest 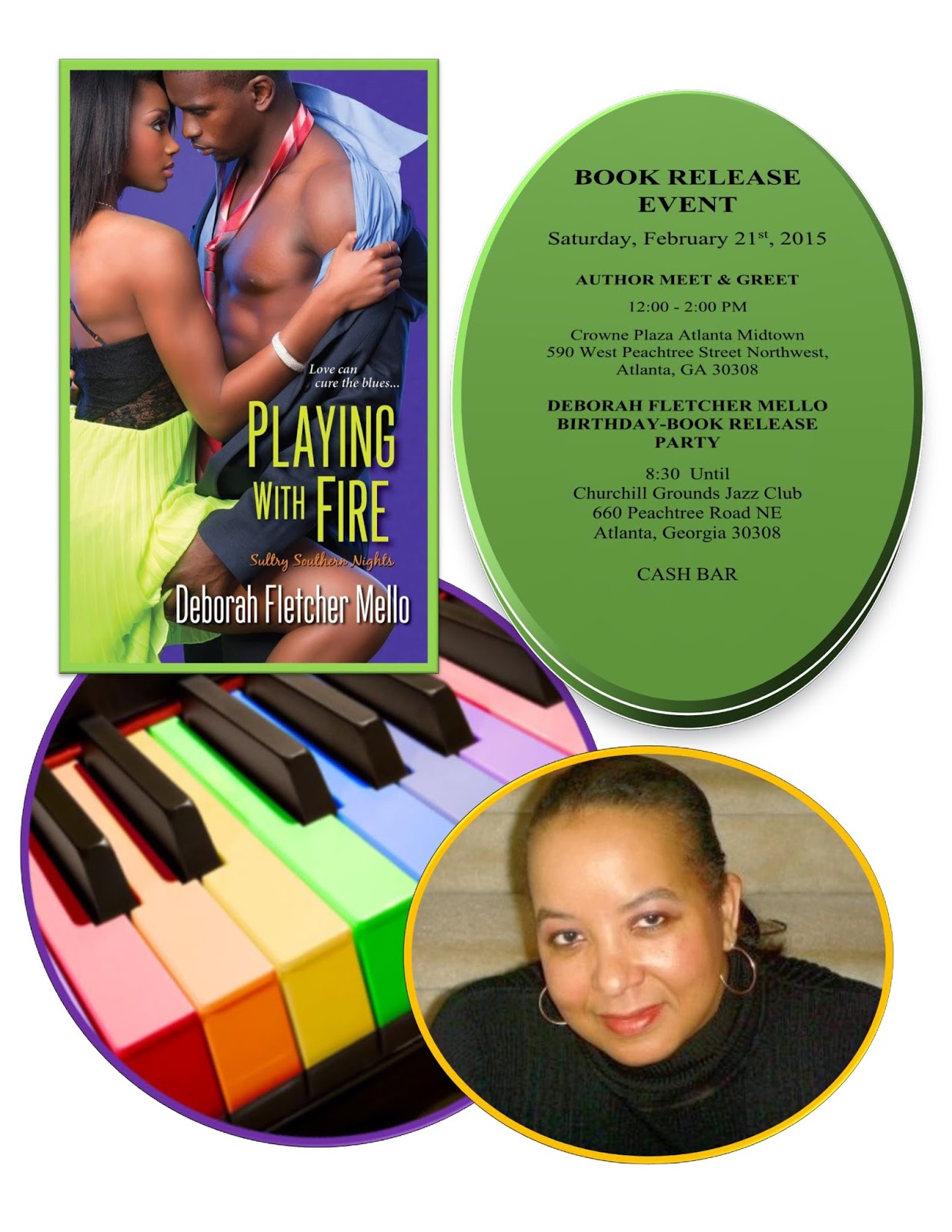 Posted by Deborah Mello at 2:52 AM No comments:
Email ThisBlogThis!Share to TwitterShare to FacebookShare to Pinterest

HAVE YOU REGISTERED FOR THE PREMIER
ROMANCE CONFERENCE FOR READERS AND WRITERS OF COLOR?

WHAT ARE YOU WAITING FOR? 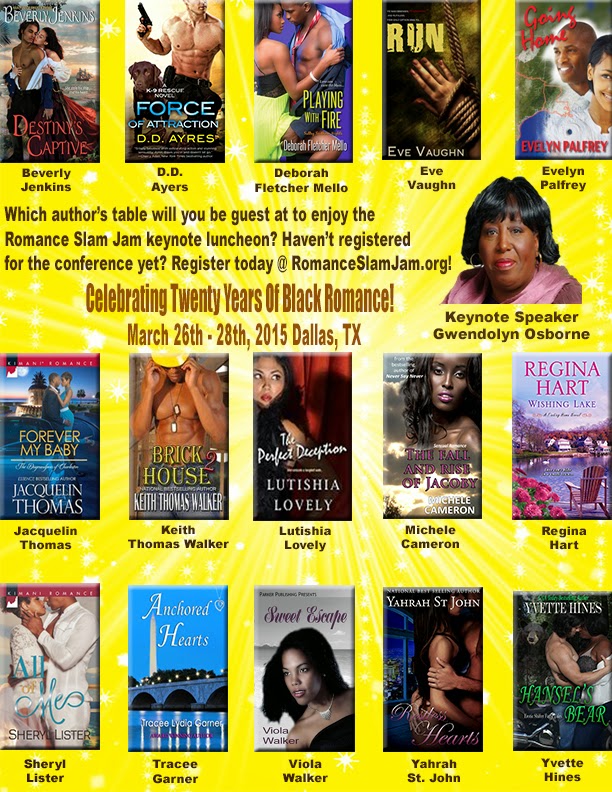