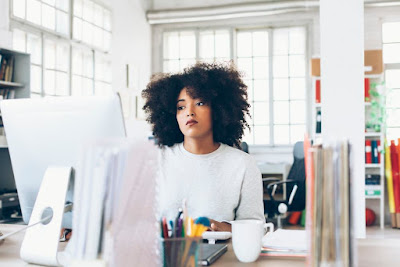 I continue to struggle with my son’s mental health situation. I’m tired of being blamed for his failings. To hear him tell it I am the root cause of all his mental health issues. Me and the catastrophic relationship that was my marriage to his father. What he “endured” in our home is why he struggles now.

I hear the blame, the castigation fueled with bitterness and I find myself unable to comprehend what the hell he is talking about. Clearly, my memories of his childhood and his memories are very different. With each hateful word I find myself questioning where I went wrong. What did I do to have failed him so miserably? We have yet to have that conversation where I’m given any specifics. I hear his words and feel like a deer caught in headlights, blinded with no understanding that makes any sense.

His wife routinely calls me out of my name, her disrespect so abundant that I could compile an entire ratchet novel with the text messages that are meant to be hurtful. Because of her “condition” I’m not supposed to respond. There should never be any consequences for her behavior. To hear my son, I should never take issue with her and I should always be forgiving. But I’ll be honest. I often find that difficult to even consider. Despite my best efforts, I’m really not that benevolent, nor do I think I should be. I’ve been accused of not doing more to squash her outbursts and curtail the insolence that come with regularity. Her issues would seem to be my fault as well, but I refuse to take ownership of any of that.

Many people blame their parents for their problems. Some are justified. Others simply do it because it’s easier than blaming themselves. I may very well be responsible in some rudimentary way, and I have no issues owning that if it’s true. I make an earnest effort to hear what my son is saying. I respect his feelings, but it’s a challenge for me to find validity in his perspective. I don’t think my son fully understands just how difficult this is for me. Nor do I think he cares.

I’m not alone in this experience and hearing others share their stories has been enlightening. It’s also been scary. I recently learned that a large study of more than 30,000 participants from 72 countries showed that blaming parents does not help people move away from the negative consequences of their difficult experiences. The study suggests that psychological processes such as blaming parents can be more dangerous for mental health than the past experiences themselves. I also have no doubt that there is a study somewhere that also says the exact opposite. Because each of us is so different in how we handle difficult situations, some more resilient than others, how do we really know?

What I do know is that despite my son’s chastisement, I’ve lived long enough to understand that to overcome the burden from our past and thrive, we need to stop blaming others and instead focus on our present and take control of our lives. I pray that continued therapy will help my son understand that as well. Right now though, with each step forward we take, we seem to also be taking three steps backward. It’s never-ending and despite my highest hopes, I often find it exhausting.
Posted by Deborah Mello at 2:19 AM No comments:
Email ThisBlogThis!Share to TwitterShare to FacebookShare to Pinterest
Newer Posts Older Posts Home
Subscribe to: Posts (Atom)