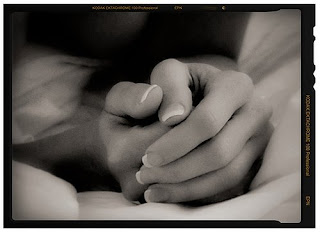 I'm tired. Sleep is once again eluding me and my schedule has been way out of control. So right now I feel like my body has been hit with a Mack truck and my mind is complete and total mush. I'm irritable, my mood is swinging from one extreme to the other, and despite it all I have this really great guy who keeps reminding me that I am much loved. Tired or not, I sure enough can't say that I don't have it good!!

My weekend has been completely dedicated to one thing and one thing only. The Stallions! As you may well know, the last two brothers each have a story coming in 2010. What you might not know is there is another Stallion "relative" who's on the agenda to find themselves some love!! That story line will be introduced in my May 2010 book Stallion Heat, which is brother Matthew's story. I can't spoil it but trust me you're going to be quite surprised. The manuscript has to be finished by February 1st so every waking moment has me giving them Stallions my complete and full attention. Say a little prayer for me that I make my deadline and that I do them Stallion boys justice.

All of this to say that I will be out of pocket for the next week. Posts will more than likely be few and far between unless something major suddenly moves my spirit. I will, however, be coming back with full steam.

Next week, Sunday, February 1, 2009, I'm kicking off Talking Walls, a new little something "extra" that I'm adding to my already brilliant blogging foray. I can't tell you much more than that but I promise it will be well worth you coming back to visit.

So, until the next time, don't do anything I wouldn't do and since that leaves the realm of possibilites wide open, have yourselves one heck of a good time!!!!!
Posted by Deborah Mello at 2:42 PM 2 comments:
Email ThisBlogThis!Share to TwitterShare to FacebookShare to Pinterest
Labels: Me Myself And I 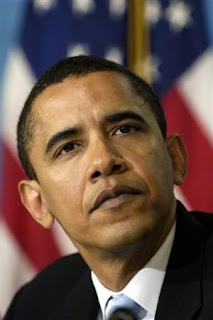 Just hours ago the 44th President of the United States of America was sworn into office. Particularly poignant was that this American president happens to be a black male, the first black male to ever hold the office.

For women, like myself, who absolutely love and adore black men, who know the beauty of their spirits and the sheer magnitude of their potential, this moment was particularly endearing. To see a beloved black man achieve such a monumental success validates every black parent and grandparent who nurtured us, encouraged us, inspired us, and made us believe that we could all do and be better if we were willing to work hard for our goals.

May God's blessings be with President Barack Obama and his family and may God bless us all.
Posted by Deborah Mello at 1:38 PM No comments:
Email ThisBlogThis!Share to TwitterShare to FacebookShare to Pinterest
Labels: Politics/Election

UP TO NO GOOD 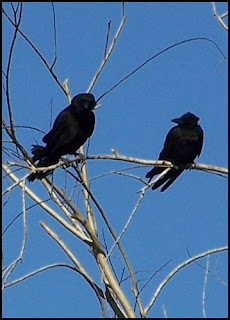 So the New Year came in with a bang and just like clockwork the drama got thick quick!

Pamela cried, convinced that no one believes her, swearing that she is neither delusional nor crazy. I listened to her story and though, on the surface, it seemed a bit far-fetched, I recognized that her fear was very, very real.

Pamela has been amazingly happy. A great career, wonderful new guy, and an amazing teenage daughter keep her very fulfilled. Last year she left behind a dysfunctional and abusive relationship to find herself some peace of mind. Her ex-hubby was prone to extremes. Extreme mood swings, extreme tantrums, extreme behavior. So much so that he scared her, leaving her fearful for her own safety more times than she cared to count. When she left she spent months peering over her shoulder waiting for him to pounce and attack. Then there was nothing.

No calls, no conversation, nada. The quiet was unnerving at first but then Pamela fathomed the brother had moved on to other people and other things, finally allowing her to move on with her own life.

A few months ago the daughter announces that her dear daddy claimed to have been diagnosed with a brain tumor. According to Pamela the man rationalized that this illness was the reason for his usually bizarre behavior. Then once again, nothing. No talk of treatment, medical reports, nothing. Still sharing health insurance Pamela checked with their plan administrator to see if any claims had been filed for the husband and as she suspected, there was nothing. Everyone Pamela spoke to said it was bizarre but told her to just leave it alone because it really wasn’t her problem any longer.

Two weeks ago the ex-hubby announces he would be headed for the hospital to have a hole drilled into his skull to relieve the pressure. When questioned by the daughter his answers were vague at best. Then this past Saturday the ex-hubby takes off for places unknown. He claimed a family friend was taking him to the hospital for his brain surgery and he’d be back in seven days. He gave the daughter no other information, not even bothering to let her know what hospital he would be in. Pamela has called all of their mutual friends and her ex-in-laws to see what they know and there is no information to be found. The man is not registered in any local hospital and now Pamela is scared.

“It’s an alibi,” she whispered, looking around to see who might be listening. “I wouldn’t put it past him to have concocted this foolishness to get to me.” Pamela is terrified that her ex is using this opportunity to stalk her in order to do her harm. “I wouldn’t put it past him to try and kill me thinking he can really get away with it,” she muttered through her tears. “Really, unless he’s up to no good, then why all the secrecy and why all the lies?”

I’m with Pamela, even if she is crazy AND delusional. Brain tumor, hospital, drilling holes? Why such a lie unless the man is truly up to no good?
Posted by Deborah Mello at 2:15 PM No comments:
Email ThisBlogThis!Share to TwitterShare to FacebookShare to Pinterest
Labels: Love Stories
Newer Posts Older Posts Home
Subscribe to: Posts (Atom)