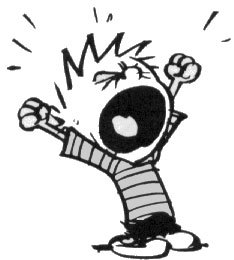 My weekends have been all about bowing to the whims of other people. Plans are made, schedules agreed upon and then out of the blue my son wants to throw a wrench into the process and I am asked to bend and twist and conform to what he needs and wants, and my schedule be damned.

In the past I would acquiesce because it was easier to do so than not. But today, I said no. No. When one considers that I’ve never before said no, his reaction was both expected and shocking. He didn’t take no lightly. Mommy didn’t give in to his request and he threw a tantrum, complete with kicking and screaming. I would have been impressed if he’d been five years old, but he’s thirty.

His initial reaction was surprise. He was not expecting that I would deny his request. Then he became belligerent because him screaming profanity at me was supposed to move me to change my mind. It didn’t. In fact, all it did was get him hung up on.

So, he changed tactics. Because in his mental illness he has become a master manipulator. He was certain that guilting me would surely work. I’m the cause of all his problems. My horrible parenting left him traumatized. When he was a child, I never listened to what he wanted. He ranted in text messages. Forty-nine of them. I refused to accept that bullshit, too.

I refused to argue the point. I refused to feel bad for my alleged misgivings because I know that I was a damn good mother. Were there things I would do differently? Yes. Was there anything I got wrong? Probably a lot. But since I can’t rewrite our past I try to focus on our future.

When I didn’t respond as he had hoped, the air was dashed out of his sails.  He claimed I didn’t show enough emotion. I was too flippant. I said okay and he felt the word okay was patronizing. Then he really became angry. Now he says he is done with me, severing ties completely. He hates everything I stand for and he says he hates me.

I told him I understood. And I do. I would not want to engage with anyone who was detrimental to my mental health either. Nor would I ever want to push myself upon someone who felt that I was not good for them. So, yes, I understand. He needs to do whatever will enable him to heal, and not hurt.

I wished him well. I told him I would support whatever he needed to do to help himself. I told him I loved him and that I would keep him lifted in prayer. He told me to stop talking to him; that I had nothing to say that he wanted to hear. He said he didn’t need my God, my prayers, my love, or me.

I said okay. I told him he was entitled to his feelings. I said I was sorry that he was hurting. And I really am.

But the answer to his original request, was still, NO.
Posted by Deborah Mello at 10:10 PM 1 comment:
Email ThisBlogThis!Share to TwitterShare to FacebookShare to Pinterest

I currently have temporary custody of my youngest granddaughter. The pretty princess started kindergarten a few weeks ago and suddenly I find myself back in elementary school hell. Navigating school schedules, doctor appointments, dance classes and all the stuff raising a six-year-old entails is the stuff of retirement nightmares. I’ve been reminded why people should have children while they’re young and able-bodied. Midlife parenting is for the birds. But as history has proven we grandparents do what we need to do. We step up, fill in the gaps and we shine. 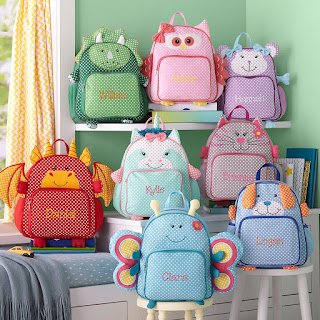 This week I attended the elementary school’s Open House and sat in a PTA meeting. It’s been some twenty-plus years since I felt obligated to do that. There I was, in a room full of young parents giddy with excitement about their offspring’s academic journey. They have no clue what’s coming. Having six kids, all now adults, I’ve been down this road a time or two. I wanted to warn them this isn’t the picnic they think it will be. They’re firmly on a roller coaster and the ride comes with some serious highs and some very low lows.

There were mothers there who are having a difficult time with letting go, their kids more than ready to spread their wings and fly. The Pretty Princess insisted on the second day that she didn’t need me to walk her to her classroom. I watched her and her oversized backpack march off, her independence and strength on full display. It would have broken me when I was a new mother with my first child. Now, I give her a thumbs up, pride gleaming from my eyes. We’ve got this and this was yet another step toward her being the bad ass Queen I know she’ll eventually be.

As my baby girl and I navigate our new relationship I’ve discovered that midlife parenting also has its benefits. I no longer sweat the small stuff. My parenting style has evolved. I can sit in a room filled with millennial parents and be amused by those things that have them all in their feelings. I know what she throws tantrums about today will be the fodder for jokes when she becomes a teen. That the road ahead will be filled with accomplishments and disappointments and that the joys we experience will be whatever we want them to be.

I’m told math has changed and two plus two doesn’t always equal four with the new math. But I can handle the curriculum changes and I know that allowing baby girl to fly means also allowing her to also fall. I won’t always be there to catch her, but I know how to pick her back up, put her on her feet and push her forward. I’ve learned that protective shouldn’t be stifling and for her to blossom all I need to do is to keep planting the necessary seeds. This time around I have grandmotherly wisdom on my side and that is pure gold.