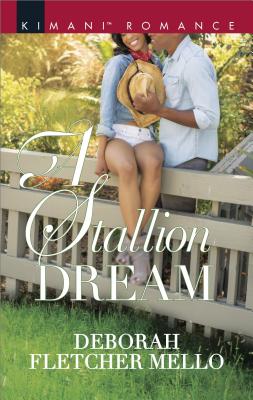 It's RELEASE DAY for the paperback version of my newest book A STALLION DREAM! It is also my last Kimani Romance! First week sales are critical to its success, so PLEASE, support it by buying a copy if you can. And get one for a friend! You won't be disappointed!
And there's still time to PRE-ORDER the Ebook version coming September 1st! PLEASE and THANK YOU!
A STALLION DREAM - It's time for a great read!
Click for AMAZON
Click for Barnes & Noble!


Posted by Deborah Mello at 8:07 PM No comments:
Email ThisBlogThis!Share to TwitterShare to FacebookShare to Pinterest

Two years ago I felt compelled to write a post about being a black woman, and a writer. It was in response to a white reader who was offended that I was breathing. Two years have passed and sadly, little has changed. I still get the occasional hate message questioning what makes me so damn special although it's not necessarily worded in a positive manner. Since it's Throwback Thursday and almost two years to the day of my original post I thought I'd repost it. I have new fans who don't really know me or haven't heard my story. This will be an introduction of sorts. Insight into how I tick and how I won't roll. So sit back and enjoy! And if you're inclined, explore my blog a little. I'm sure you'll find something entertaining! And just to be sure we understand each other, if you call me a black bitch again, I may very well show you one, and my being black won't have anything to do with what I unleash.