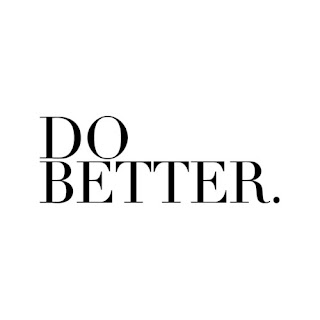 I love reading. I get excited when I discover a new author or find an outstanding story. I’m eager to leave reviews and share with others my new finds. When a book or story is lackluster, leaving me less than thrilled, I usually remain silent. I know the effort that an author has put into a story. I know how hurtful a bad review can be. It is not for me to dash anyone else’s dream because what I might not have liked, someone else may have loved.
Recently I read books that left me disappointed, and angry. One was an award-winning title, the author gleefully claiming a coveted statue for her efforts. Clearly what I hated, others found award-worthy. And that actually scares me. The story was as well-written as any other in the genre. Its formulaic plot hit all the buttons that her publisher required. But as a woman of color, I found it as insulting and as distasteful as any story I have ever read.
The story featured a Native American heroine. She had self-esteem issues, continually questioning her worth. Her mother had ten kids by four different men and had sex in the backseat of cars while her eldest child raised her bastard children. Authors words, not mine. She wasn’t sure who her daddy was. In comes the white hero to give her life “value and purpose” and to tell her it’s okay if she has sex with him. That won’t make her like her mother. The entire tone of the story was condescending and gut-wrenching.
The next book had me fuming before page ten and I had to stop myself from railing that emotion in a review. Heroine is “passing” for white. Her mother was a black, drug-addicted prostitute whose children had been sent to foster care. Her father is unknown, assumed to be white, because she can “pass” but she’s not sure. As a black woman’s child “she had no value.” Becoming white “made her valuable.” An African-American baby is found in the trash, the discovery pulling at her heartstrings because he reminds her of her baby brother who died in foster care. There’s a reference to crack babies here which was unnecessary to the nth degree. The hero’s reaction to finding a newborn black baby in the trash? “This is disgusting.” To which she responds by ignoring his comment because she’s too busy getting all goose pimply at seeing his bare chest.
I can't even begin to express my sheer disgust with the interracial historical that paired a black woman with a Klu Klux Klan member. From his offering to pay her for sex to her wanting him to join the Klan spoke volumes about a writer who clearly has had no experience with or knowledge of the Klan and the painful history that surrounds them. Perhaps she should find the racist pamphlets threatening to beat and castrate black men and rape black women before gutting them, on her front porch as so many in North Carolina were greeted with just this week. I was appalled on many levels, starting with the blatant stereotypes and ending with the latent racism. That anyone would find any of this acceptable in the year 2016 defies all logic.
With the call for more diversity in books and publishing, twitter hashtags extolling #weneeddiversebooks and #ownvoices, publishers have been calling on their white authors to add characters of color to their storylines. There have been conference meetings on the topics, closed door discussions in publishing houses, even secret calls to authors not of color that no one is supposed to know about. If writing like this is their answer to more diversity, they seriously need to do better.
Maybe what needs to be stressed is that we need diverse books that don’t perpetuate ignorance, reinforce negative stereotypes and demean any people. Most especially not in romance. Maybe what needs to be addressed is why diverse authors writing their stories are often overlooked or shuffled to the back of the bus…I mean bookstore. Why aren’t authors of color pandered to or promoted as significantly as their white counterparts? How come they count for less than 3% of a publisher’s roster? Why does this still need to even be a discussion when publisher after publisher has promised time and time again to do better, be different, make a change? How hard is it to publish diverse authors and their stories? Why not put your marketing monies behind books written by diverse authors writing their own stories? Why does it take rocket science to just do what's right?
As a black woman, I say this to any author wanting to just throw in a black character into their stories, most especially a black woman. Know us before you write about us. If your only experience with anyone of color is what you see on television or your infrequent encounter with a person of color in passing, tread cautiously. Because we don’t question our value. We know our value. We don’t need any man, black or white, to give our lives purpose. There is no one, black, white or yellow who needs to validate our worth. We’ve known our value since the days of slavery. Just because we were told we were worthless, certainly didn’t make it true, nor did we fall for that flagrant lie. Not then. Not now.
We know our value which is why we are fighting tooth and nail for the respect that we are continually being denied.
Why we fight to see our faces on the screen and in the media being the amazing females and people that we are.
Why we fight to get our stories read.
Why we write.
Now, dammit, do better.
Posted by Deborah Mello at 1:10 AM 41 comments:
Email ThisBlogThis!Share to TwitterShare to FacebookShare to Pinterest

WHAT DO WE TELL THEM NOW?

Like many families this week, we were having a discussion about the two African-American men, Alton Sterling and Philando Castile who were gunned down by police officers, the despicable acts captured on video and streaming over social media. And then the subsequent act of vigilantism where a young black man allegedly ambushed and shot ten police officers in Dallas, Texas in retaliation.
Remembering back when I was a little girl and my father owned a business in the community where he often encountered black boys and young black men, many who had no father, I recalled how he would advise them on how to behave whenever encountering the police. I remember him telling them to always ensure their hands could be seen. To keep their fingers wrapped around the steering wheel if they were in a car. To hold them, palms open, high above their heads if they were on the street. I remember his admonishments to always be respectful, “Yes, sir! No, sir.” To comply with whatever was asked of them. To verbally announce any movement they intended to make before making it – “Officer, may I reach for my wallet?” I remember him saying that they would feel threatened and violated but that their end goal was to walk away from the encounter alive and able to tell the story.
I watched my father and my godfather execute these actions many times when they themselves were stopped by police. Two affluent black men with homes in white, middle-class neighborhoods. Two educated black men with their own businesses. Two responsible black men known, active, and visible in the community. I remembered the lessons and I told my own sons, often, what my father had told so many others.
I asked him, after the events this week, where one young black man did everything right and was still gunned down. In cold blood. Executed. Murdered. What do we tell them now when they do comply? When they do what they’re supposed to do and they are still killed? In cold blood. Executed. Murdered. What else are they supposed to do now? And what do we say to young black boys and men who are angry? And frustrated? Who want justice? And to be treated fairly, with respect? Men who feel emasculated and out of control? What do we tell them now?
After a moment of pause, he said, “We are in some seriously dark times. We all need to be praying. And black men now, more than ever, still need to protect themselves and their families, by any means necessary. They need to insure they can walk away, alive, and able to tell the story. So, tell them to pray. To listen with their hearts before acting in haste and rage. To pray for guidance and resolution. Now, more than ever, tell them to pray.”