ON THE RADIO WITH READ YOU LATER! 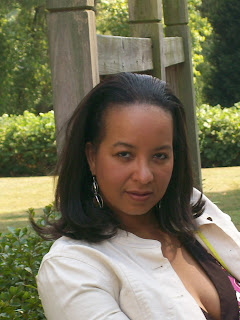 Listen to internet radio with Read You Later on Blog Talk Radio
Posted by Deborah Mello at 8:08 PM 2 comments:
Email ThisBlogThis!Share to TwitterShare to FacebookShare to Pinterest 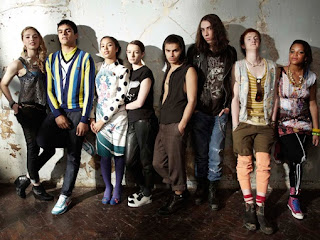 Youth today are in a league all their own.  They are a new breed of kid and with this generation coming up, I can only ask “why?”

Joshua graduated over a year ago.  Since then he’s made no effort to do anything of any value.  No effort has been made to go to school or work.  I asked Joshua if he had plans for his future.  He answered with a disinterested shrug of his shoulder.  I asked if he’d considered college.  He told me that he really had no interest in anything at all.  Joshua said he’s all about “making that paper”.  Since Joshua doesn’t have a job, and doesn’t seem much interested in anything at all, legal or otherwise, I don’t know how he plans to make that "paper" happen.  His parents support his bad habits, affording him the only "paper" he ever seems to get and he can’t rationalize why he should make any effort to change.

Tasia was raised by an adoring grandmother.  She was made to go to church every Sunday and be respectful of her elders.  Since graduating high school Tasia moved out on her own, leaving her granny  and her home training behind.  I asked Tasia about her interest in higher education.  She slammed a telephone down in my ear in response.

I want to ask Jessica about her plans, to discover if there is anything that moves her creative spirit.  Jessica won’t bother to answer my calls, having blocked my phone number because Jessica couldn't give a rat’s ass about doing anything except having herself a good time.

Youth today believe in their good time.  It supersedes everything they should be doing.  Preparing for their future is no fun.  Pissing away time, energy, and mama and daddy’s money makes them just as happy as little pigs in mud,  They wallow in the experience, taking delight in doing nothing, or doing everything they have no business doing.   A wise woman once said that all most kids today have to do is eat, sleep, and poop and they can't even do that without stepping in it.

I have seen and heard some things from some kids today that would have gotten my own offspring a real world ass whipping.  My own may have given it some consideration but they would not have been so brazen or so stupid to take that kind of risk.  Those of my own generation would not have even contemplated it, the thought of being so rude and disrespectful in no way crossing our minds.  Like many, had I even looked at my parents the wrong way I would have gotten my teeth slapped down my throat.

So when I encounter some teens today, I can’t help but eye their entire generation with frustration, wondering where, when, and how it all went wrong.

Posted by Deborah Mello at 10:02 PM No comments:
Email ThisBlogThis!Share to TwitterShare to FacebookShare to Pinterest 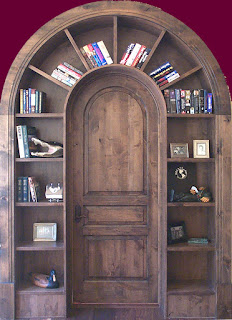 Posted by Deborah Mello at 11:47 PM No comments:
Email ThisBlogThis!Share to TwitterShare to FacebookShare to Pinterest

I made my boys cook.  I saw it as a major necessity to keep them from starving.  In my mind it also kept them from becoming dependent on a woman their mama didn’t like.  Of course, back in the day I was convinced there wasn’t a young woman in the world good enough for my boys.  But my older boys all married incredible women, proving me wrong.  And I hope those women were impressed by the culinary skills my babies brought to the table.

Baby boy took his culinary skills to a whole other level.  I’ve written before about his talents in the kitchen, having nicknamed the kid Chef-Boy-You–Are-Good by the time he was twelve years old.  However, I’m a little taken aback by some of his recent culinary endeavors.

Son-shine is stationed in Texas.  They have snakes in Texas.  Nasty, poisonous snakes.  I’m not understanding the attraction, but always one to push the boundaries the kid figured why not.  Why not turn a rattle snake catch into a savory, butter-milk soaked delicacy served with tomato and garlic infused rice and a tangy dipping sauce.

He said why not!

I can’t help but question, why?
I think he needed a little nudging so I told him it's okay to eat normal food.  It's okay if he drives by a McDonald's and orders himself some take out.  Really!  Mama won't mind at all.  In fact, I'll even spring for the Big Mac and fries!
Posted by Deborah Mello at 12:23 AM 2 comments:
Email ThisBlogThis!Share to TwitterShare to FacebookShare to Pinterest

His Netflix choice has turned me into a blubbering baby.  This is a must-see film for everyone!  Just don't forget a very big box of tissue.

Posted by Deborah Mello at 1:48 AM No comments:
Email ThisBlogThis!Share to TwitterShare to FacebookShare to Pinterest 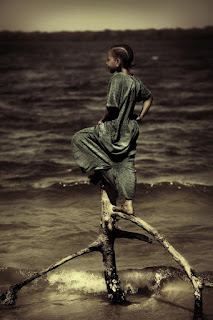 There’s something about the calm before a storm that feels particularly satisfying.  It’s knowing that no matter what devastation might be coming in your direction, that you are more resilient.  Beating you down might be a harder task than imagined.

I’m in the midst of calm while a storm brews with a vengeance around me.  But being beaten is not an option, not without one hell of a good fight.  I think it’s my age.  I have no tolerance for nonsense, being less inclined to bite back my words.  I'm unwilling to tolerate bad behavior, not even my own.  So, as I weather the cold fronts about to collide I know when all is said and done I will still be standing, everything balanced as it should be.  I’m grateful to be so blessed.

Posted by Deborah Mello at 12:39 AM No comments:
Email ThisBlogThis!Share to TwitterShare to FacebookShare to Pinterest
Newer Posts Older Posts Home
Subscribe to: Posts (Atom)