TYLER PERRY - HIS FALL FROM GRACE 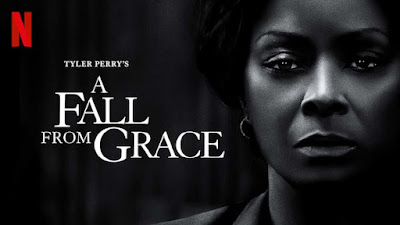 Tyler Perry has pissed me off and y’all know I have always loved me some Tyler Perry. I used to be excited about his productions. I have previously applauded his efforts here and here and here. His business acumen can’t be debated. The brother has recently made history with Tyler Perry Studios, the 330-acre major motion picture studio. As a black woman and a mother, his accomplishment was personal because seeing any black man and son do well, against all odds, makes my heart sing.

For any writer, their voice is important to them. Many writers will have their voice challenged in the editorial process. We fight for what’s important to us and hopefully we learn from the criticisms and critiques. Tyler Perry has his own voice. A very distinct voice that most have come to know well. Tyler doesn’t necessarily get challenged because Tyler is editing himself. He’s a one-man production service; overseeing all his scripts from start to finish. The end all to end all. He’s proud of his work ethic and you surely can’t blame him for that.

Tyler recently gave an interview about not having a writer’s room. He explained that he tried it and it didn’t work. His voice was lost. He thought “the black people” might have been submitting scripts that would need rewrites in order to get paid multiple times. It also seems he felt they were to blame for a drop in his ratings. Apparently, to hear him tell it, they did a really bad job. That may well be true, but we’ll never really know if it was that or if his audience had just grown weary of the same sad story lines being regurgitated time and time again.

I was excited when Tyler moved past the Madea franchise and gave us television. I knew that growth was important for longevity in the industry and I was excited to see how he would grow. Then the television became stale, every line feeling like kindergarten vocabulary being delivered by grade schoolers. My heart hurt for the actors because they deserved better to showcase the abundance of talent Tyler had managed to pull together. The writing didn’t allow them the range to stretch their acting chops.

That’s why I also find his most recent movie, Fall From Grace, problematic. Tyler fell back on old stereotypes, cliched themes, and writing that felt more like a step backward, than a step forward. Production quality felt like the five-day, low budget film he professed it to be. Tyler said on the Strahan, Sarah and Keke Show that he was delighted to give Crystal R. Fox the opportunity to showcase her talent in a leading role, something she hasn’t been afforded in her 30-year career. The sentiment tugs at your heartstrings but it also makes you wonder why he didn’t afford her better. Why would he employ the iconic Cicely Tyson and Phylicia Rashad to showcase them in a low-level production of bad stereotypical tropes? Personally, I think he owes the entire cast an apology.

And yet, even with more relevant critiques, some adverse criticisms, and the expected high praises from grandma and ‘dem, Tyler dug his heels in to defend his position. Bottom line, it was his movie. He wrote it, directed it, and produced it. He was the end all to end all and once he proclaimed it good, damn all those who didn’t think so. And that’s okay, too. Not everybody is going to like everything. Opinions are subjective and we all have a few. Although I would hope that Tyler is interested in continuing to grow his craft and art, it’s not for anyone else to think that we can make him.

In another recent interview, Tyler is quoted as saying, “I wish that people, especially black women, would get off the fact of saying, ‘Oh, he’s making money off of black women.’” He denied exploiting black women’s suffering in his films. Reading that, I had one of those eye blink emoji moments. But, let’s examine that for a second.

Tyler can’t deny that black, elderly church mothers put him on the map. They were the ones who flocked to his stage plays when he first started out. Money for their light bills, the pastor’s anniversary celebration, and tires for Junebug’s car went instead to tickets for a Tyler Perry Show. He grew that audience beautifully and those same women are the ones who continue to support him today. White men and women are not Tyler’s core audience and except for a slim few, they are not paying to see his movies or reserving their time to watch his shows. And most black men only go because their wives, girlfriends, and mothers make them. He’s not necessarily telling stories that they find appealing. At least that’s what they tell us!

I thought The Family That Preys was one of his best films (it was one of my favorites anyway) and when it came out, I personally believed he had just reached that sweet spot to garner a wider, crossover audience. It was different from his usual fare and you felt like there was growth in his writing and storytelling. And to some degree I think there was, but I also believe he lost some of his core audience because they weren’t expecting a plot that didn’t include him dressed in drag. Maybe that’s why he came back hard after that with more Madea stories.

My love affair with Tyler started to fade in 2016. Back then I took issue with his TV show, If Loving You Is Wrong. There was a desperate need for positive, quality television featuring Black characters and he was one of few minorities with the resources to bring that to mainstream. Instead he was giving us characters that executed dialogue like they were four-year olds, and storylines that were demeaning to people of color. It was mind-boggling!

It truly has been downhill since then. I watched three episodes of his new show, The Oval and I was done. His continuous portrayal of black women as angry and violent has become contrived and repetitive and continues to be insulting. I'm sure it has found an audience, but it was not my cup of tea.

Recently, I’ve had to question why Tyler hates black women and I didn’t ask that lightly. Maybe it would have been better phrased if I asked why Tyler didn’t LOVE black women. Because Tyler has never been interested in showcasing our strength and brilliance. He has continually stifled our #BlackGirlMagic and has been unapologetic about doing so.

In that recent interview, Tyler also stated that his exploration of women’s pain stems from his mother being abused by his father. It makes me wonder if he’s still harboring resentment about that situation and the choices his mother made. Because the stories he tells about black women consistently feel like he resents us. We are either desperate for a relationship, stereotypically angry and raging, downtrodden and bitter, or lying and manipulative. He has yet to give us a romantic relationship where the audience isn’t asking why the hell did they get married?

There isn’t one of us who can tell Tyler how to spend his money, but I’d rather he not invest it in a movie about us if he’s not going to maintain a standard worthy of our commitment to him and his work. Twitter shouldn’t be able to drag him for technical and continuity flaws that editing missed. Every new venture for Tyler should be better than his last and he failed miserably with this last movie. Even the arguments he had with cast about the wigs and makeup were ignored and dismissed by him.

So, no, Tyler, black women aren’t going to get off your case until you do better. Instead of posturing because your feelings are hurt, weed the constructive criticism from the rest and learn. Consider reaching out for help from those who do it exceptionally well. I’m sure Ava DuVernay, Issa Rae, or Nichelle Tramble Spellman can point you to a host of black women writers and filmmakers who would gladly throw you a tip or two.

Consider reading more black women authors out here telling our stories. I know some amazing sisters telling some amazing stories. Hell, I’d gladly send you a few of my own! Learn about black women from black women. We’ve grown and evolved over the years and our pain today, isn’t necessarily your mother’s pain from yesteryear.

Too many of us have invested in you, Tyler, shaking our pom poms for your success since day one. So, you don’t get to tell us that we don’t count when we are critical of how you are portraying us. You don’t get to keep making us look like a hot mess on the big screen without being called on it. And you certainly don’t get to wish us away and think we’re actually going to go without you being dragged first by that egotistical, misogynistic pole stuck up your ass. Because if we do go, I guarantee you won’t be able to blame the writing room. And fair warning, the impact of black women ghosting you isn’t something you’ll be able to readily come back from. Falling from grace with us is a no win situation.

And for the love of all things fried, dyed and laid to the side, stop recycling that BEN wig for every part you play. There is nothing about you and that wig that even remotely makes an ounce of sense.