AN AFFINITY FOR PRETTY THINGS 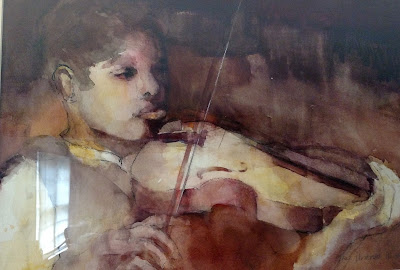 Although I fancy myself to be a procurer of fine art, I am, in actuality, only a woman who is fond of very pretty things. I was gifted the very first piece of artwork that adorned the walls of my first apartment.  It was a print by Norman Rockwell, his classic The Problem We All Live With, an image of 6-year old Ruby Bridges being escorted into a New Orleans elementary school by US Marshalls in the 1960’s.  It was a wonderful accent piece in the corner where it hung and provoked much thought and conversation in my home.  But it was an image that I saw so many times, in so many places, that many years later it influenced my decision to only buy original pieces of artwork.

Because the purchase of original artwork proved to be a very expensive venture I began to seek out up and coming artists whose talents had yet to be discovered and whose price points were more budget friendly.  Fast forward and I am still buying, sometimes blessed with a bigger budget and sometimes not, but still only buying originals and frequently from artists who are just beginning to make their mark in the art industry.  In the last thirty-odd years I’ve amassed quite a collection and have even had to acquire wall space to showcase some of it.

Despite the multitude of advice I’ve received over the years about how and what to purchase, the admonishments that I should now be buying for investment sake only, I have yet to be convinced.  What I’ve discovered over the years is that I am very particular about the work that will hang on my walls.  My tastes have evolved with maturity and the artwork must now speak to my spirit and tell me a story.

These days I find myself buying less abstract art and more folk art.  I was once partial to oil paintings but my last few purchases have all been watercolors.  My purchases have been determined by my mood of the moment and I am known to barter services for a piece that has captured my attention.  I discovered my last acquisition, a watercolor by the late Gail Henderson Weinerth, two years ago, hanging in an antique shop, clearly out of place.  At the time, there was no budget for artwork and I had to leave the incredible piece behind.  It was a work of art that haunted me for months. Fast forward and I was amazed to rediscover that painting propped in a dusty corner while strolling through a country store.  After some serious haggling, I brought The Violinist home, delighted by the imagery that gave me reason to pause.

When asked, the only advice I have ever given about collecting is to make sure any piece you are considering is a piece that you love.  If there is an art to collecting art, I imagine that I have yet to master it.  Because for me, collecting art, has always
been about my affinity for pretty things.
Posted by Deborah Mello at 1:34 PM 2 comments:
Email ThisBlogThis!Share to TwitterShare to FacebookShare to Pinterest

SUCKING ON HIS MAMA'S TITTIES 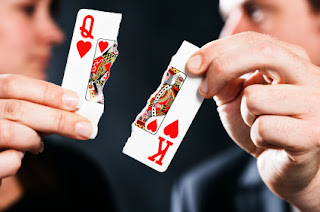 Beverly’s relationship has come to an end, finally having run its course. She doesn’t see it, nor is she trying to. The bad times outweigh the good times. She spends more time being unhappy, than she does being happy. And still, she insists that she can change things around, because she can change him, if only he would truly listen when she complains. Arguments are now full-fledged battles. There’s a push and a shove, a slap, even punches thrown that no one is supposed to know about. And the screaming is epic, voices raised more times than anyone would care to count.

What everyone has tried to make her understand is that he is still a boy, despite his age. They were both babies when they fell in love and there has been little maturity since. He has no responsibilities, still sucking on his mama’s titties as family and friends take care of all his needs. Right now he’s rolling that program because he can, yet to have a reason to do things differently.

What she fails to realize is that despite the love they claim to have for each other, she is nothing more than a part of his growth process. Once day he will be an exceptional man, but for some other woman. And he will have her to thank for some of the lessons he is now learning. It’s just the cycle of life, and love, in play and we have all lived her experience. We kiss frogs before we find that prince; a man who has sowed all his wild oats and come into his own.

What she refuses to hear is that one day there is a man who will come into her life and be the one. Who will honor and respect the woman she herself will eventually become. A man who won’t need to be changed into the man she wants him to be.
Posted by Deborah Mello at 3:15 PM No comments:
Email ThisBlogThis!Share to TwitterShare to FacebookShare to Pinterest

A DEAD ASIAN WOMAN TO THANK 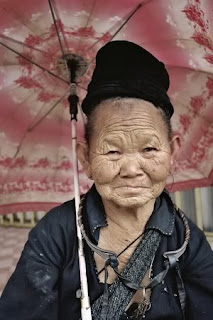 Another book has been put to rest. I dotted the last i and although I’m not quite sure whether or not I crossed all the t’s, I was glad to push the send button and put it in my editor’s hands. It was only two months late.

I have not had a book work me quite so hard. But this one was a challenge. And then just like that it wasn’t and I have a dead Asian woman to thank.

For weeks I found myself unable to connect with the characters. I knew who they were, knew their story, could tell you what they liked and didn’t but no matter how I tried to twist and bend the fantasy that was their romance I could not find anything loving about the words. Then the Asian woman began to haunt me.

I knew her many years ago. She was kind and good natured with a gentle disposition. She and her son owned a restaurant that I frequented at least once weekly. The woman was a phenomenal cook! I had a favorite meal that wasn’t on her menu but that she gladly made special whenever I wanted. I was craving that meal as I agonized over not being able to pull together the story I needed to tell. Three restaurants later and I found the perfect little Thai bistro that satisfied my craving. And that same night she walked into my dreams.

For two nights straight she came to talk. About my story. Interjecting her opinion about the direction I was trying to move it in. It quickly became apparent that she didn’t agree with how I saw my tale playing out. For two nights I listened, then I’d wake up and try to go back to doing what clearly hadn’t been working for me. I found myself frustrated and scared because the words simply were not there and the ones that were weren’t working. I actually called my agent in tears, feeling like all was lost.

The Asian woman came back a week later. For days she was just there, saying nothing, just watching me agonize over what I was trying so desperately to control. Then late one night as I drifted off to sleep she admonished me for wasting her time. Then she asked me why I was finding it so hard to let go and let God. I woke in a panic, drenched in sweat.

That next day, I sat in seclusion for hours, the memory of our time together playing over and over again in my head and then, just like that, I let go. I finished that book one week later, loving everything about the story that I was finally able to tell. And just like that the Asian woman was gone. She's been dead for a few years. Breast cancer. I hear that her son continues to run that little restaurant.

Sometimes I need to be reminded that what I do and how I do it is never about me. I write because I love it but I know that being able to write is a blessing. It’s a gift I don’t take lightly. And my best writing comes when I let go and let God.


Posted by Deborah Mello at 3:24 AM No comments:
Email ThisBlogThis!Share to TwitterShare to FacebookShare to Pinterest
Newer Posts Older Posts Home
Subscribe to: Posts (Atom)