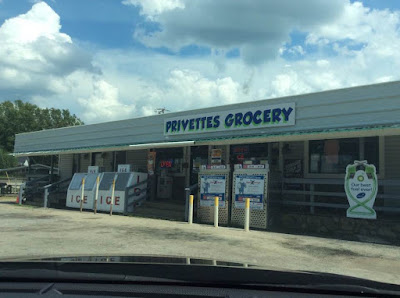 Big Daddy and I like to road trip. It’s our thing to do. We’ve been to some amazing places, met some pretty incredible people and usually have a great time. Recently, we were headed to Bunn, North Carolina. To visit family. It was reason enough to go explore and so we did.
Like with most road trips we frequently stop. Sometimes out of necessity. Others times just to explore. On this day, we stopped because the gauge on the gas tank was low and I had to use the restroom. When traveling through rural areas of the south we are particular about where we do and do not stop. Only once in many, many years do I recall ever stopping anywhere that we didn’t feel comfortable. Most places, people are very welcoming.
I have always trusted the BP brand. More times than not the restrooms at a BP gas station are clean and the staff are friendly. When we saw the BP logo, we stopped, confident that this time would be like all our other times. Sadly, it was not.
BP outlets are neither owned nor operated by BP. BP provides petroleum and petroleum products to branded marketers, in this case Cary Oil Co., Inc. and under a marketer franchise agreement, the BP marketer supplies their customers with petroleum. Privettes Grocery, where we stopped, is the BP marketer.
Privettes Grocery sits on a corner lot at 4650 Old US Highway 64 E in Zebulon, NC. The expansive building is indicative of its Southern surroundings. It was typical of many convenience stores, cluttered with sundry items from bubble gum to motor oil. Two women stood at the counter and when I entered, neither spoke, barely lifting their gazes to acknowledge that I’d entered. It was a glaring customer service flaw.
I was in one of my cheerier moods. I greeted them both and then asked where I might find the rest room. There was just a moment when the two exchanged a look and then one of the women pointed out the window and said, “You have to go out there.”
I followed where her finger pointed and for the first time noticed the green and white porta-potty sitting in the parking lot. There was a moment of stunned silence before I responded. “Excuse me?”
She repeated herself. “You have to go out there.” And then just like that she returned to what she was doing and I had been dismissed.
It was a cold-water moment, my cheery mood squashed in the blink of an eye. The whole thing reeked, and not of Southern hospitality. Knowing that I had no intentions of using anyone’s porta-potty I thanked her and turned to leave. As I did, a young white woman appeared from one of the aisles and asked the other woman if she could use the rest room. That woman pointed her toward the back of the store and told her to help herself. My cheery mood suddenly shifted again and it took every ounce of fortitude I possessed not to do something I knew I would later regret. Instead, I gave them both a look and left. From that door back to the car, my blood boiled and before I could get my seat belt buckled I was raging as I told Big Daddy what had happened.
I agonized over it for days. I tried to justify their reasoning for doing such a thing. I made excuses for the bad behavior. I genuinely wanted to believe that the moment had been a fluke of sorts. I tried to dismiss how they had made me feel. I prayed that maybe I had been mistaken about their intent. And then, when it weighed so heavily on my spirit that I knew I couldn’t just let it slide, I tweeted BP and expressed my outrage. I posted on Facebook about my experience. I refused to just let it go. In this day and age, that anyone would be treated in this manner is appalling. I could not, in good conscious, not say something. 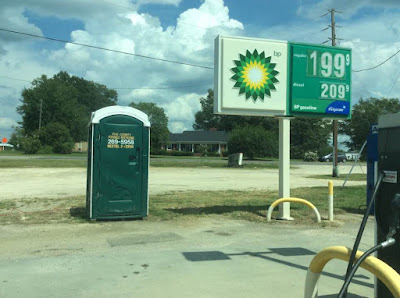 BP’s brand is as important to them as my brand is to me. They needed to know that their brand was being represented in such a negative light. I don’t know that I was prepared for the responses I received. People have flooded my time line and inbox to express their outrage. Others have castigated me for making this a “race thing”. Residents in Zebulon have shared that this store is notorious for treating customers so abhorantly. Some have stressed that they don’t discriminate against any one race. Everyone is treated rudely and being told to use the porta-john is dependent on the clerk of the moment and not the color of one’s skin. That may well be their truth, but it still doesn’t make it right.
BP Consumer Relations reached out within three minutes of my tweet, asking me to direct message them with details of what had happened. They responded promptly, promising an investigation and advising that I would be hearing from the station’s branding jobber. The branding jobber reached out less than an hour later. She has also responded to others who reached out to share my story, demanding answers for what had been done. They have been apologetic, expressing over, and over again how sorry they are. They have promised an investigation and I trust that one will happen. What I don’t trust is that anything will change.

BP cannot control the attitudes that would allow anyone to think it’s okay for some patrons to be treated one way, while others are treated differently. We hope that the attitudes in that small town is not indicative of BP's business policies. I have always trusted that when I stopped at a BP station that I would be treated fairly and respectfully. And, regrettably, this experience has fractured that trust.  But I don’t fault BP for what happened. As someone else noted, they are in an untenable position, having no control over the actions of one employee, on one shift, in one store, that they do not even own.
I fault the management at Privettes Grocery and a community that stands by and says nothing when they should know right from wrong. I fault those who allow injustice to happen and refuse to say anything out of fear or ignorance. Racism is alive and well and pretending it doesn’t exist doesn’t serve any of us well. Discrimination is real and turning one’s back instead of facing it head on doesn’t work no matter how hard one might try. I fault a culture that sees diversity as a liability and a handicap instead of understanding and embracing our differences. So, I cannot trust that anything will change.
To quote my dear friend, Mary Parrish, “I don't think we will ever truly wipe out discrimination. There will always be some underclass (black, queer, Hispanic, Jew, Muslim) that bears the weight of someone else's misplaced anger, their perceived powerlessness. As if there can't be an "us" unless there is a "them." But, the promise of America is not in what we are, but in the very fact that we constantly strive to be!”
I just wish more of us strived to do and be better.
Posted by Deborah Mello at 5:01 AM 1 comment:
Email ThisBlogThis!Share to TwitterShare to FacebookShare to Pinterest
Newer Posts Older Posts Home
Subscribe to: Posts (Atom)