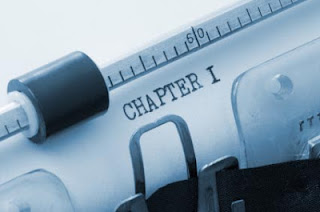 I had a story once.  Bits and pieces of it have found their way into every one of my books.  Twisting and turning it until there was nothing about me that was recognizable to anyone else but me proved to be one of my greatest challenges.  But twisting and turning one story into another is what I love to do.

Even the dental-challenged barista at my favorite coffee shop has a story.  Hers wasn’t what I imagined it to be, the casual grandmother having another side to her sweet persona.  Discovering that she’s a displaced cancer researcher was eye-opening.  She’s displaced due to her ex-employer’s budget cuts and with no interest in returning to her former career, she’s content pushing pastries and espresso until she gets to retirement.  We talked for hours and she had some interesting warnings about the things we might find in our water.

The woman at the airport had a story too.  A single mother, she was known to work as many as three jobs at one time to get her only daughter through college.  Mom’s pride and joy recently earned her juris doctorate degree from a very prestigious university.  Now Mom only works to fund her new love:  sky-diving.  After offering up tips and tricks about free-falling out of an airplane she pledged to bring the entree if we brought the dessert the next time we met.

I live for the stories.  And for every story there is a story-teller anxious to share.  Sometimes it’s just a hint of what has moved their small world.  For others they will readily lay out a well-scripted novel if you’re willing to give them the time.  Some are more engaging than others.  A few have been downright snoozers.  And then comes the challenge of twisting the mundane into a blockbuster.

I’m always searching for stories. What's yours?
Posted by Deborah Mello at 11:43 PM No comments:
Email ThisBlogThis!Share to TwitterShare to FacebookShare to Pinterest 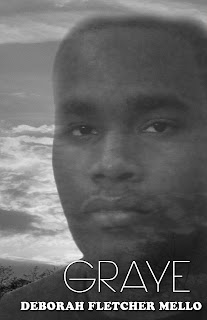 Releasing a new book always comes with its share of anxiety.  It sits right up there with sending your first born off to kindergarten, then college, then finally cutting those apron strings to let them find their own way in the world.  It can truly be a nail-biting, tooth-gnashing experience.
And it's with much excitement and a hell of a lot of anxiety that I announce the release of my second literary novel, GRAYE.
I lived this story and in 1998 made the commitment to put it down on paper no matter how challenging that proved to be.  And it proved to be quite the challenge!  The characters would come and go at their leisure, sometimes refusing to let go when I needed them to most.  Voices screaming in my head to come out when I desperately needed quiet. Then there were those moments when I needed to hear from them and the silence was deafening.  This is a story that has been a long time coming and now that the last "t" has been crossed and the last "i" has been dotted, I am more than ready to let it out in the world to make its own way.


I truly hope you'll enjoy this story.  The paperback edition is now available for purchase HERE  and HERE.  It's also available on KINDLE and NOOK.

I look foward to hearing what you think.  Until then, please enjoy this excerpt.


As the first sign of a morning sun peeked through the trees she thought about her child and the possessive need he’d had for the young woman against her lap.  Graye had been the youngest of her children, the child she’d thought she’d wanted when she’d inhaled and knew she hadn’t when she’d exhaled.  Her mother had called Graye a change of life baby, coming when no one expected him, least of all Miss Jen Pearl.  She’d started birthing children when she’d been sixteen, the eighth one coming just after her twenty-third birthday.  Nine years later Graye had pushed his way into the world without asking, without invitation, his presence almost a given like the sun and the moon were givens.  Miss Jen Pearl had been thirty-two years old, too old in her mind to be birthing another baby.


She'd had nine children in all.  Treat, Sonn, Carr, August and Graye; and the four girls, Lake, Ginn, Sister and July.  All of them good and decent, except for Graye, the child tainted with an ugly too difficult to describe.  From the moment he'd drawn his first breath evil had wrapped itself around the boy, feeding on his soul.