DIVAS ON MY BOOKSHELF: BEVERLY JENKINS

Many have heard me tell the story of being a romance snob before I became a romance author. I did not read romance, believing those happily-ever-after stories were a waste of good ink on even better paper. Boy, did I get that one wrong! It was after the publication of my first romance book, when die-hard romance readers came for me, that I discovered my shortcomings. It seems I’d written a good book, but it failed the romance litmus test.

To write romance and write it well, I needed to figure out what I’d been missing. So, I began to read romance and discovered these incredible stories of love and life written by amazing women, and even a few good men. Some of these stories included characters who sometimes looked like me and sometimes didn’t. The joy I experienced was like nothing I’d known before. It surpassed my favorite chocolate cake and the occasional romp between my silk sheets. Well, maybe not the silk sheets, but definitely the cotton ones! But I digress.

Eventually, I got better at writing romance. Then I found myself shifting toward romantic suspense, and most recently, I’ve been toying with the idea of mystery. In each genre, I have found women who tell brilliant stories and who have generously shared so much of themselves with me. But I digress again, because this post isn’t about me. It’s about my love of reading and for those women writers who sweep me away with their brilliant writing! 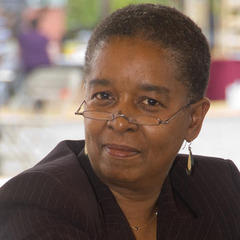 During this exploratory phase I discovered the writings of Romance Queen, USA Today bestselling author, Beverly Jenkins! I dare to say that she’s able to don that literary crown and retains her seat on that romance throne because of her brilliant storytelling. Beverly Jenkins’ books have graced my bookshelf since that very first read. I had started with her first contemporary romances, Edge of Midnight and then Edge of Dawn. Since then, I've meandered my way through her Blessings series, and become totally engrossed with her historical romances after backtracking to the books Indigo and Vivid. Her historical romances were my sweet spot, filling a hole in my literary heart that I didn’t even know existed. I had no idea that she would later become a mentor and a friend. The romance genre became a blessing that has continued to give, and give, and give!

I devoured Jenkins’ last book, Wild Rain. It’s the second novel in her compelling new Women Who Dare series and follows Spring, a female rancher in Wyoming after the Civil War. A reporter has come to Wyoming to do a story on doctors for his Black newspaper back east. He thinks Colton Lee will be an interesting subject…until he meets Colton’s sister Spring. She runs her own ranch, wears denim pants instead of dresses, and is the most fascinating woman he’s ever met. But Spring, who has overcome a raucous and scandalous past, isn’t looking for, nor does she want, love. As their attraction grows, will their differences come between them or unite them for an everlasting love? You’ll need to read the book to find out for yourself.

Next up in the Women Who Dare series, is To Catch a Raven. It’s the story of a fearless grifter who goes undercover to reclaim the stolen Declaration of Independence. With a release date of August 23, 2022, you’ll want to pre-order your copy NOW! I know I have, because there’s not a Beverly Jenkins book that I foresee myself ever missing. All hail my romance queen! 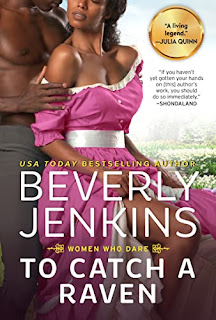 Lately, I’ve been feasting on historical romance and stories that bring our collective pasts to light. I love historical fiction and there are a few authors who’ve become automatic buys! Over the next few weeks, I plan to share how amazing these writers are, and what they’re bringing to the reading table that has moved me beyond words.

I haven’t blogged in some time and to now do so with a series that I plan to call, DIVAS ON MY BOOKSHELF feels like Christmas in Spring or that milestone birthday complete with unexpected surprises, great gifts, and the sweetest champagne. It’s a celebration of sorts and I hope you’ll enjoy the journey with me!