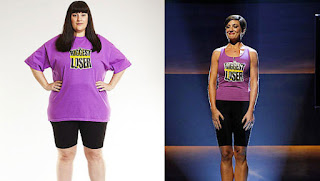 It has been a week of television finales and goodbyes and I found myself a bit disappointed by some of the send offs.

Biggest Loser concluded their 11th season and it was exciting to witness all the transformations. Most of the contestants made amazing strides in their weight loss goals and you can’t take anything from their accomplishments. Then there were a select two who hadn’t lost any more than what they’d posted on their last week at the ranch. Clearly going home didn’t do much for them and even in their pretty new clothes I had to wonder if they ever figured out that bickering with the trainers about knowing what was best, didn’t serve them well.

There was barely a goodbye for trainer Jillian Michaels who is leaving the show to pursue motherhood. Instead they gave a warm welcome to new trainer, tennis pro Anna Kournikova. Already I’m wondering what the blonde bombshell is going to bring. Although she’s trained herself to be a world class athlete, she has never won a major singles championship nor been ranked highly against her peers, so what does she know about training other people? What is her certification and what does she bring to the table besides that luxurious head of hair, baby blue eyes, and celebrity status? I’m inclined to say not much. I, for one, am going to hate to see Jillian leave but I wish her all the best. 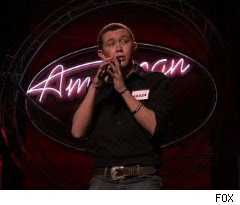 y McCreery was crowned this year’s American Idol and although I was not at all impressed with the final round of competition between him and Lauren Alaina, I thoroughly enjoyed the finale show. The stars came out in droves and every performance was stellar, although Jennifer needs to let Mark Anthony down nicely and let him know just because she got a good gig doesn’t mean he needs to ride her coattails and try to come out of retirement. I also wish whoever is dressing judge Randy would put a mirror in the room so the man can take a good look at himself before he steps out. He’s not sixteen anymore, nor is he a size small. The outfits have been a touch too small and just too out there for a man his age but hey, whatever floats his really skinny jeans.

Then of course Oprah Winfrey took her last bow. The star-studded, two-day extravaganza was fun to witness and was a fitting tribute to a woman who has given so much over the last twenty-five years. And her grand finale was fitting, Oprah at her best. She was funny, moving, preachy, enlightening, gracious, and all things you’ve either loved or disliked about her. It was hard to say goodbye and she will be missed by millions, myself included. 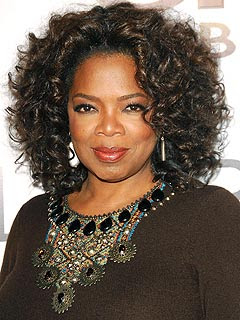 So now that a few of my favorites are all done and finished I’m determined not to get caught up with the summer line up of anyone’s reality shows. No dance nothing, no reality-this or American-that. Nada! I’ve promised myself to read more, write a lot and watch TV less. We’ll see how that works out for me!
Posted by Deborah Mello at 12:02 AM No comments:
Email ThisBlogThis!Share to TwitterShare to FacebookShare to Pinterest 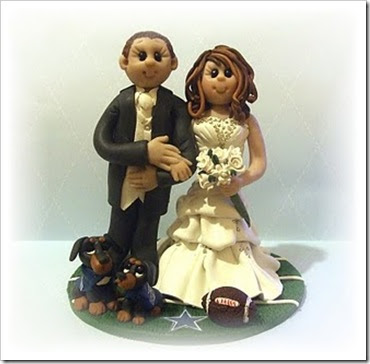 It was a conversation about Dianna “shacking” with her man. Dagmar was quick to point out that her sister was living in sin. She even quoted script and verse to substantiate her point. We heard about “fornication”, “uncleanness”, and “covetousness spells”. Dagmar quoted Corinthians, Matthew, and Ephesians. When she was done preaching, there were a few of us, myself included, who were suddenly concerned that we might actually be headed straight to hell.

Then Jane added her two cents. She questioned our definitions of “marriage”. Pulling out dictionaries, laptops, smart phones and the like, everyone Googled the word “marriage” for clarity. In the end, most agreed on the technical definition that marriage is a social union or legal contract between people that creates kinship. It is an institution in which interpersonal relationships, usually intimate and sexual, are acknowledged in a variety of ways, depending on the culture or subculture in which it is found. Such unions are often, but not always, formalized via a religious or civil ceremony.

With a definition established, Jana quietly interjected food for thought.

“Nowhere in the Bible does it say anything about a ceremony, a certificate, or a legally binding document. For a man to take a wife, all she needs to do is live with him, sleep with him, and have his children. So if two people live together in a committed relationship, for the long haul, til death do they part type stuff, where they call each other husband and wife and have established a life together as one, then theirs is a marriage. Many cultures still practice this very method of matrimony without benefit of a white dress, an over-priced reception, and a $50 piece of paper from some government agency. Marriage is about two people living in love.”

As we all mulled over Jane’s comment, Dagmar huffed, shrugging her shoulders with a perturbed eye-roll. And I’m still wondering if a few of us are actually going to make it through them pearly gates.
Posted by Deborah Mello at 2:11 AM 2 comments:
Email ThisBlogThis!Share to TwitterShare to FacebookShare to Pinterest


Although I love a good book with a great cover and many pages in between, I'm a little partial to my KINDLE, too! 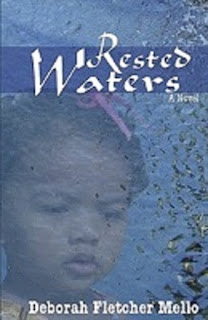 Posted by Deborah Mello at 12:31 AM No comments:
Email ThisBlogThis!Share to TwitterShare to FacebookShare to Pinterest


Filming the book trailer for RESTED WATERS was a wonderful experience. Kudos to my littlest star, Miss Tanzania Moore, who gave an absolutely stellar performance. This kid was a pro from start to finish and I can't wait for the day to come when I can say I "discovered" her! And much appreciation to her parents for their patience and permission.

Hats off as well to her co-star, Mr. Fred Holt, an exceptionally gracious actor and proud new grandpa.

The workings of this project did not happen without much divine intervention. From start to finish it all fell together with perfection. The resulting product makes my heart sing.

ENJOY and please do let me know what you think about my newest book, RESTED WATERS!
Posted by Deborah Mello at 1:00 AM 4 comments:
Email ThisBlogThis!Share to TwitterShare to FacebookShare to Pinterest
Newer Posts Older Posts Home
Subscribe to: Posts (Atom)