WE THE PEOPLE...SHOULD BE AFRAID 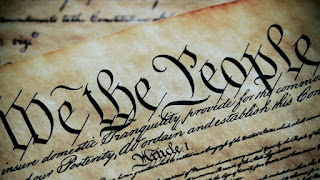 With the election now over and the transfer of power, it feels as if we the people have been snatched from the pan and thrown headfirst into the fire. The months prior to the election were contentious enough, sullied with vulgar, repugnant behavior that had absolutely nothing to do with the issues. It severed friendships, caused rifts between family members, perpetuated stereotypes, instilled fear and left our nation severely battered and bruised.
Barely a week into the new regime and it feels as if the silent war being waged against we the people has now escalated to a new high. Truth and integrity are things of the past, no longer relevant when alternative facts and bold-faced lies are shared like air. There are a few who still hope with time that it will get better, some who simply don’t care, others demanding we give chances they themselves adamantly refused to reciprocate. And many more still reeling from the devastation and unwilling to sit idly by and not do something. Anything.
I listened today as a man argued that the perceived Muslim-ban effected this past Friday will help to secure our borders and make us safe from terrorists who intend to do us harm. He insisted that the proposed wall between the United States and Mexico will keep illegal immigrants from trespassing where they do not belong. He actually said it would “stop parasites” from “sucking up our natural resources”. His words. Not mine.
He wasn’t interested in the facts. Didn’t care that 85% of the terror perpetuated on American soil thus far has been committed by American citizens, most of them white and male. For him, that was different and not a cause for concern. After all, in his small world, only people of color worldwide are capable of inflicting pain against good, decent human beings. The KKK and other white nationalist groups are no more dangerous than your local book club, and the likes of Timothy McVeigh, Dylann Roof, James Eagan Holmes, and Jared Loughner are just good ole’ boys afflicted with mental illness. He didn’t attack their upbringing, castigate their parents, or proclaim them thugs as he excused their behavior. He wasn’t as kind to Trevon Martin, Eric Garner or twelve-year-old Tamir Rice as he vilified them for simply being black, and breathing. He professed that the people, people like him, had spoken and the rest of us needed to get over it. He was moderately educated but had never stepped foot outside of his small town and admitted that he had never ever met, much less talked to, someone not like him. Listening to this man rant nonsensically, I was reminded of a cartoon I once saw, with the punchline that you can’t explain poetry to someone who doesn’t understand English. I’m sure it was one of many one-sided conversations that are being debated around the world, people digging in their heels as they take sides. Many hearing, but not listening; understanding but not caring.
I’m glad he now feels safe. I’m excited that someone does. Because I don’t. I don’t feel safe at all. I feel conflicted and tense and deeply depressed, unable to hope for the best as I prepare for the worse. We have watched politicians pander to fear as they try to normalize racist, homophobic, misogynistic, xenophobic behavior. Leaders who stand idly by and say nothing at all as healthcare is swept by the wayside, free speech is impugned, and women’s rights, LGBTQ rights, our civil liberties and the doctrines of our Constitution are maligned with the sweep of a pen and 140 Twitter characters.
Core values, on which our country was founded, are now trounced on daily, the scrapings beneath an Alt-Right shoe with no concern for the consequences. Seriously bad behavior is cheered in the name of God and good Christian-values. But there is nothing Christ-like about any of it. The tenets of compassion and tolerance are being ignored. Love doesn’t exist as neighbors stand at arm’s length and eye each other with a wary stare. And let’s be honest, none of it is what Jesus would do. The God I serve surely cannot approve.
Everything I once held near and dear, that I trusted and depended on, feels lost to me. We the people are now a divided nation of haves and have nots, those favored and those unwanted, the privileged and the forsaken. Making America Great Again has become a battle cry to divide, conquer, and piss on the spirits of our ancestors who fought, bled, and gave their lives for all of us to have and do better.
We the people suddenly don’t matter. We the people are expendable for the greater good of a demagogue’s monarchy. We the people must now fight, tooth and nail, to keep from drowning in the sewage suddenly flowing down from the top. We the people are truly not safe as they come for the Mexicans, and the Muslims, and whoever else might be next on the list because of their race or religion or their refusal to tow the party line. We the people have every right to be very afraid. We see daily that we are being attacked and persecuted and hunted. Told to “shut up”, “get in line”, “or else”.
All of us, on this side of the wall, should be very afraid.
Posted by Deborah Mello at 11:09 PM No comments:
Email ThisBlogThis!Share to TwitterShare to FacebookShare to Pinterest 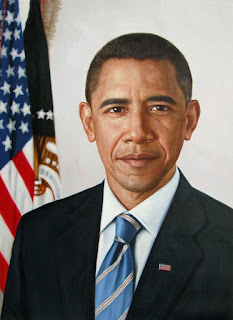 We miss him already.
Posted by Deborah Mello at 12:07 AM No comments:
Email ThisBlogThis!Share to TwitterShare to FacebookShare to Pinterest
Newer Posts Older Posts Home
Subscribe to: Posts (Atom)