He gets up each morning and gives thanks for the blessing of a new day. He is grateful for each and every one because he is not supposed to be here. An airplane accident almost took him that first time. Cancer keeps trying to take him now.

He’s cheated death many times and with each breath that he draws, death is reminded of its failing. He tells everyone who listens just how blessed he is and just how much he appreciates the opportunity to live his life to its fullest.

He called to wish me a happy holiday. He started the conversation by telling me how much he loved me. We bantered back and forth like we have done since we were little kids. I asked about his health and if he was taking care of himself. And like always, he assured me that he has everything under control. And just like always, I knew that he probably didn’t. That he was just taking each and every day, one at a time.

His zest and exuberance ignited my own. Everything I have to be thankful for flooded my spirit with a vengeance. I have so very much to be thankful for. That he is still here with us, reminding me with regularity that I am loved, is high on my gratitude list.

He made me laugh and even now I can’t wipe the smile of happy from my face thinking about him. Hearing him laugh fills me with tremendous joy.

We ended our conversation the way we started it. Telling each other how much we loved one another. I scolded him to be well and to take care of himself. He promised he would. Then he reminded me one more time of just how very blessed I am and just how very much I have to be thankful for.

HAPPY THANKSGIVING! May you each have a safe and blessed holiday!
Posted by Deborah Mello at 6:47 PM No comments:
Email ThisBlogThis!Share to TwitterShare to FacebookShare to Pinterest
Labels: Greetings 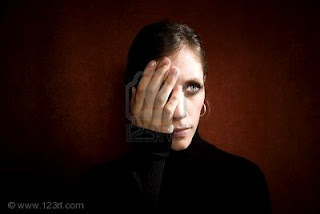 You could not miss the bruise to Melissa’s face. Her left eye was black and swollen, a harsh contrast to her porcelain complexion. And her porcelain complexion was mottled black, blue, pink and red. She casually milled about the room as if nothing was wrong and those around her pretended not to notice. I don’t pretend and so I asked, others raising an eyebrow at me as if my doing so was catastrophically wrong. But I asked her what happened to her face, already knowing the answer, and knowing that her answer would be a lie.

None of us have seen Melissa since, knowing that she often disappears when her many bruises need to heal. Since I’ve known her, I’ve heard too many stories of how clumsy she is. She has randomly fallen out of chairs, and down steps, even tripping over the family cat at the most inopportune moments. But everyone knows her husband beats her and despite the best efforts of family and friends she continues to stay, believing that with four young boys she has no other options.

I had a dear friend once who I suspected was being beaten at home. Then one day, I witnessed the abuse with my own eyes, her husband slapping her so hard that he sent her flying across the room. I picked up the telephone and called 911. Her husband told me that I would never set foot in his home again. I assured him that he would be leaving that night well before I did. Hours later my friend was frantically calling family and friends to get him bailed out of jail. Our friendship is only a semblance of what it once was and I have no doubts that her husband is still beating her.

Growing up, my Granny use to say that a man only had to hit a woman one time. “One time,” she emphasized, her head bobbing eagerly against her shoulders. “He’ll have to fall asleep at some point,” she’d conclude. “I guarantee, once he falls asleep, he won’t hit any other woman ever again.” Then she’d tell me about her favorite crooner, Al Green.

Many years ago, Al got into a dispute with a lover. Then Al fell asleep. Al found religion shortly thereafter. Granny had a boyfriend who fell asleep once too. I heard years later that he never ate hot grits again. He also never hit my Granny again.

Grandmother started swinging a cast iron frying pan with every ounce of energy she had in her. The first swing cracked two ribs. The second broke his arm. Sum total Grandmother swung that frying pan twenty times, praying the following prayer as she did. “Lord, please forgive me my sin. But I don’t want to have to kill him for hitting my babies again. Amen.” Then she put down her pan and called him an ambulance. When help arrived, Grandmother told them he tripped and fell down the stairs. Son-in-law didn’t have anything at all to say. He also never hit his wife or child again.

With so many resources and support available to battered women I certainly don’t advocate violence as an answer to violence, but I can’t help but think that both those old women were on to something. Perhaps if Melissa had slapped her husband back with a frying pan the first time he slapped her, or maybe if she’d waited until he'd fallen asleep and then had helped him find some religion, those of us who care for her wouldn’t have to continually point out that she deserves better than bruises and black eyes.
Posted by Deborah Mello at 10:15 PM No comments:
Email ThisBlogThis!Share to TwitterShare to FacebookShare to Pinterest
Labels: Rantings
Newer Posts Older Posts Home
Subscribe to: Posts (Atom)