Santa, Santa, Santa!
How’s it going?   Since I’m sure you have your hands full maneuvering that sleigh, ‘dem deer, and that mountain of presents loaded on your back, I’ll make this quick.
I tried very hard to be nice this year.  I really did, Santa.  Now, I admit, I had a moment, or two, okay, maybe three, but hey, things could have been worse.  Those moments of naughty could have gotten downright ugly but they didn’t.  I think I done good!
The list isn’t long this year, Big Guy!  And do a girl a favor please and just stick to the list.  I’ve already been hit with enough surprises this year that I don’t need you to throw anything unexpected my way.  I’ve warmed right up to that new daughter-in-law the Easter Bunny dropped in my lap and the news of that new grandbaby coming next year…well, I’m still working on that one.  Santa, you know how I am about surprises and this year there have been some doozies!
Okay, so as usual peace and good will on earth are at the top of my list.  I know it takes some cooperation from the masses and too darn many folks don’t make it easy, but between us I’ll keep doing my part if you’ll do yours.
And I know you have that car thing covered.  I can’t wait to untie that big bow that’ll be sitting on my new Jaguar!  Let me repeat that… NEW…Jaguar.  I mean, if a girl’s gonna ride she might as well ride in style, right?  You’re shaking your head.  Too much?  Really?  Okay, I’ll settle for a Certified Used Jaguar with minimal miles on it.  A model in the last two years preferably.  I’m not difficult to please.
In fact, Santa, baby, I am so easy to please that my wish list is very short.  I already have the really great guy, incredible friends, much-loved family, and my writing gig is kicking butt.  There have been some incredible books fans who have come my way and I absolutely adore and appreciate every one of them.  As a matter-of-fact, Santa, I’m extremely grateful for all the blessings in my life.
Life is good, Santa, and I’m feeling particularly favored.  I am busting with so much joy and happiness that if you didn’t bring me that Jaguar I probably won’t even hold a grudge.  It won’t be like that pony I asked for umpteen years ago that still isn’t grazing in any green pasture in my back yard.  I’m just saying!
I’m going to let you get back to it, Santa.  Boys and girls all over the world are anxiously awaiting your arrival.  And I’m sure there’s a pony or two on their lists that I wouldn’t want you to forget to deliver.
So, to you and everyone else, have yourselves a very Merry Christmas, and until we do this again, a very safe, blessed, and prosperous New Year!
Merry Christmas!
Posted by Deborah Mello at 3:18 AM No comments:
Email ThisBlogThis!Share to TwitterShare to FacebookShare to Pinterest 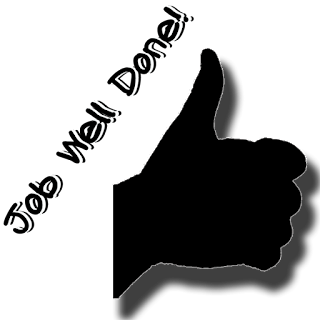 I’m a stickler for detail and I have an impeccable work ethic.  I also take issue when jobs aren’t performed to the best of one’s ability.  Times are hard so I don’t understand individuals who purposely jeopardize their bread and butter by scheming and finagling to not work at all.  It especially infuriates me when I know those individuals have other mouths to feed.
This week I’ve encountered one heifer after another who made our collective experiences more difficult than they needed to be because they invested more energy in trying to figure out how not to do their job instead of just trying to do it and do it well.
The young girl at Jiffy Lube galled me first.  It should have been a simple car inspection.  New software had compromised their computer system.  She had excuse after excuse why she couldn’t do what should have been relatively easy to do.  One phone call to their sister store directly across the street resolved the dilemma and she took issue with my having to do what she should have done herself.  When she had the audacity to chastise me for going over her head it took every ounce of effort I had not to pull her head off her shoulders.  Instead I had a brief conversation with the franchise owner about the quality of his customer service.
The young girl at the insurance company pissed me off next.  Renewing my policy was a no-brainer.  Nothing changed and all I had to do was write a check.  When reviewing my paperwork I discovered additional coverage added to my policy without my knowledge or consent.  When questioning another agent for an explanation I learned that they earn commission on the sale of that extra coverage.  If I weren’t such a stickler for detail it probably would have gone unnoticed.  I can’t help but question how many other customers have been likewise swindled.  I plan to ask the state insurance commission when I call to file a complaint.
I worked with a woman once who was notorious for her deceptive business practices.  The “easiest job in the world” proved to be more than she could handle because she never did her job.  I haven’t met anyone since who would blatantly lie and manipulate data to the degree that this woman would.  Her antics went from pretending to place calls that were never dialed to falsifying entries in the computer system.  She spent more time sneaking out of the building than she did at her desk.  On the surface it looked as if she were outperforming the whole department.  The details showed something wholeheartedly different.   Those that she befriended were expected to cover for her if management discovered anything amiss and I was appalled at the individuals that did.  To her demise, she left a paper trail that was miles long, proving that she wasn’t quite as smart as she thought she was.  And management wasn’t as dumb as she believed.
For me, it’s not rocket science. It’s about a job being done well instead of a job being done half-assed or just not done at all.   It’s about doing what you are hired for and performing the duties required of you.  Integrity in the work place speaks to an individual’s character.  I will not compromise my integrity for anyone.  It amazes me that so many young people, and women in particular, would so readily compromise themselves.
We don’t always sign on to do jobs that we are passionate about.  Sometimes, hard times dictate the when and where of our employment.  But when there are so many standing ready, willing, and wanting work, you’d think those fortunate to be employed would simply do, to the best of their ability, what they signed on to do.  And if not, then I don't feel bad if they find themselves on the back end of an unemployment line.
Posted by Deborah Mello at 10:54 PM 1 comment:
Email ThisBlogThis!Share to TwitterShare to FacebookShare to Pinterest 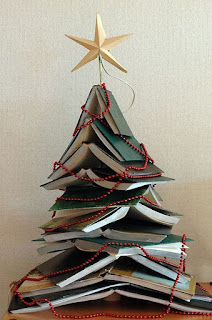 I’m doing 25 Days of Christmas Trees over on Twitter.  I love Christmas trees.  Last year was the first time in many years that I actually put a tree up.  I’m excited about the tree I plan to put up this year.  Some folks do the tree thing right after Thanksgiving.  That is just a tad too early for me.  I’m more of a middle of the month tree person. Mid-December through the end of the year is all the tree time I like to handle.  My putting up a tree typically coincides with my feeling that “holiday spirit”.  I’m not quite there yet but I’m planning to be.

‘Tis the season…and that season just has to have a tree.  Please follow me on Twitter and see some of my favorite decorated trees HERE.
Posted by Deborah Mello at 2:26 PM No comments:
Email ThisBlogThis!Share to TwitterShare to FacebookShare to Pinterest
Newer Posts Older Posts Home
Subscribe to: Posts (Atom)