EVERY LAST ONE OF HIS DREAMS 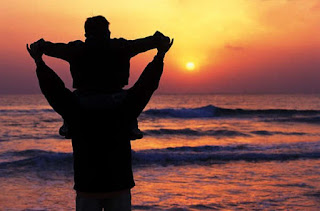 Fifteen years ago an unplanned pregnancy disrupted Justin’s plans. A star high school athlete, young Justin decided to forgo his dreams to play professional basketball overseas. Instead, he manned up, enrolled in courses at the community college, got himself a decent job with those brown-uniformed delivery guys, and became a father who afforded his child a stable environment.

Justin has always wondered where his life would have led him had he and his high school honey resisted those youthful urges and had remained celibate. What Justin does know is where he didn’t go. As he tells his story you can still see the hunger and longing in his eyes.

Justin and the girlfriend didn’t make it. Justin and his son, however, have an extraordinary relationship. Junior adores his father and rarely do you see one without the other tagging close behind. Justin has been diligently preaching to his child that a few quick minutes of pleasure aren’t worth a lifetime of loss. Junior himself has some high aspirations and dad doesn’t want to see those dreams curtailed by an “oops” moment. He’ll tell you that once life and responsibilities get a hold of you, it can sometimes be impossible to get those dreams back.

Regret kicked Justin in the gut big time this week. Junior who has always been a healthy kid found himself in the hospital with a bout of something that had folks worried for a few minutes. Thankfully, he’s recovered. His father on the other hand will never be the same. After some medical testing to insure Junior’s proper diagnosis, Justin was informed that there is no way possible that he can be Junior’s biological father. It would now seem that some other man is his baby’s daddy.

Justin is angry. The high school honey doesn’t see what the fuss is all about. Despite Justin having been led to believe that he was the first and the only where he didn’t think he could have any doubts, he now discovers that he was instead one of many. Girlfriend’s response to hearing the news was to shrug her shoulders and tell Justin he’s fed the kid for so long that they look just alike. Then she told him to get over it.

I asked Justin what he planned he do. He sat quiet for few minutes, reflecting on the hand that has been dealt to him. Then he manned up, smiled, and said he was going to make sure his son pursued every last one of his dreams.
Posted by Deborah Mello at 1:08 PM
Email ThisBlogThis!Share to TwitterShare to FacebookShare to Pinterest
Labels: Love Stories

That's an amazing story! God will bless him (Justin) beyond his wildest dreams. I'm not so sure about Girlfriend.

You're right. He's more than earned his angel wings. Thanks for stopping by and commenting.