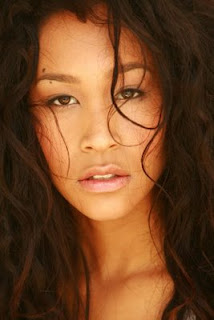 Everybody knows I am a reality show junkie. For the last year though I’ve really worked on trying to kick my bad habit. I couldn’t kick my love jones for BET’s Baldwin Hills though. Now let me say upfront the show has some issues. Production leaves much to be desired and it annoys me to no end that they have tried to compact some six to eight months of living into some ten half-hour shows. It’s not hard to see that we miss out on a lot of what goes on in these kids’ lives. What I did find most engaging though were the kids themselves, eight young adults dealing with school, family, and relationships.

Some bizarre editing and some serious staging defined the drama queens from the good girls and the bad boys from every mother’s dream child. But every now and then there was a moment or a look that told a whole other story. I watch people’s eyes. These kids spoke volumes with their eyes.

My absolute favorite cast members were Justin and Seiko. I absolutely adored these two kids. My very special friend and I spent this entire season wishing the two of them would get together. We watched them be baptized together. They shared secrets and hopes, experienced some significant highs and some serious lows together. And through all of it there was something about their connection that resonated with their audience.

The finale however left much to be desired. Our favorite couple wasn’t actually a couple. Justin was dating another young lady in the beginning of the season and by the end of the season Seiko had herself another man. When Justin realizes that he feels more for Seiko that he’d been willing to admit and professes his adoration, baby girl blew him right out of the water.

But the words coming out of her mouth didn’t fit the emotion spilling out of her eyes. It is truly a rare occasion when you can witness what feels very much like true love play out on national television. But you wouldn’t deny what you saw spilling out of Justin and Seiko’s eyes. 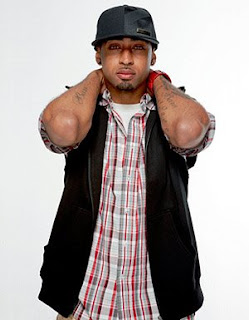 I saw what Justin saw when they were in Las Vegas. Seiko was clearly making a connection with the hottie she’d been talking to. You could see what she was feeling. I imagine a man watching the woman he’s feeling love for beginning to feel love for someone else might be a problem. I also understand that Seiko had finally allowed herself to let what she might have been feeling for Justin go. He was dating one of her best friends after all. She wanted him happy more than anything else and if that meant watching him love someone else then she was willing to do just that. But there was no denying something was still brewing between them.

Was Justin being selfish as Seiko claimed? Maybe, but love will sometimes do that to you. Will these two incredible young people stay friends or part company? Who knows. I just know I loved watching them love each other on TV.
Posted by Deborah Mello at 3:08 AM
Email ThisBlogThis!Share to TwitterShare to FacebookShare to Pinterest
Labels: Me Myself And I

that is so true i really wanted justin a seiko to be together but it didn't happend, but seiko is right that he is being selfish becuase wat took him so long to show his feeling towards her when she was finally happy with some else.

I can't wait for next season to see where they are with each other. I'm just hoping they can still hold on to the friendship. Thanks for stopping by!