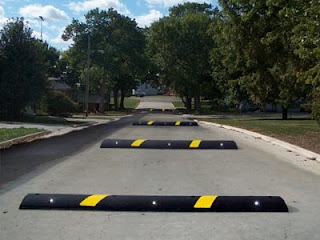 At some point in time every couple experiences speed bumps in their relationship. Even my very special friend and I have had to navigate a mountain or two as we have grown closer. Speed bumps aren’t much fun and require a little patience as a roller coaster of emotions spins a slow revolution and the good time takes a serious nose dive. Success is usually dependent on whether or not the two can make it unscathed over those hills together or not.

Bruce and Desiree have hit a major bump and what I find most compelling is that neither one seems willing or wanting to slow their roll and confront their issues so that darn speed bump doesn’t leave them stranded alone on the side of the road.

The couple was introduced through mutual friends. Both were a bit gun shy, having been burned in previous relationships and both bought some unpacked baggage into the mix in the way of children and other-parent conflicts. Both agreed to take things between them slow, not wanting to make the same mistakes they may have made before. Fast forward two years and the duo have seriously begun to talk marriage and life time commitment. Or so Desiree thought. She’s suddenly discovering that Bruce’s baggage is lying spread eagle across their relationship highway waiting to spin them and their relationship right out of control.

The couple are now taking those steps to blend their respective families. Desiree’s kid has no opinion about her mother and her mother’s special friend. The kid has said all she wants is to see her mom happy without having to endure the details. Desiree’s kid is also a young adult who is more concerned about her own good time and relationship issues. She has little use for what her folks might do. Desiree and her ex-hubby have no ties, support and custody no longer an issue between them. Desiree has unpacked her luggage quite nicely.

Bruce’s kid is younger, no longer a child but still far from being grown. His kid also has a mother who clearly hasn’t let go yet, still hopeful that just maybe she and Bruce might make things work between them. Desiree believes her man when he says this is the very last thing he would ever want, but Bruce has had to tiptoe around his ex-baby-mama to keep the drama down to a minimum. Unfortunately his tiptoeing has been at the expense of Desiree and her feelings. And even more telling, neither Bruce’s ex nor his child know the true nature of the relationship he has with Desiree. Bruce's bags are still quite full.

Desiree thought she and Bruce’s kid had bonded nicely. Bruce had told her that his child genuinely liked him having her for a new friend. Curiously, although the two claim themselves a couple in private, intent on making lifetime plans, neither of them has bothered to sit down across the table to fill their kids in on what they are hoping for.

Now Bruce says he isn’t quite sure how his kid would feel if he were told their good friend Desiree is really the woman he loves and wants to marry. If that becomes a problem for junior, then it poses a bigger problem for Bruce and whatever it is he might be feeling. Then of course there is still that prickly situation with his ex-spouse who Bruce is certain would cause problems just for the sake of doing so.

The mutual friend thinks Bruce is playing Desiree to satisfy his need for a good time. As an outsider looking in, I see all kinds of warning signs and red flags trying to get their attention. But I’ve also seen how Bruce looks at Desiree, how lovingly he treats her, so I don’t necessarily agree that the woman is being played. You’d have to be deaf, dumb, and blind not to see the wealth of love that exists between them. But I also don’t think the kid or his ex-wife are what the problem is between Bruce and Desiree.

Truth be told, Bruce really isn’t ready for a life time and Desiree is wanting to rush fast toward the future she dreams of. Sadly I’m not confident that they can make it over this speed bump together since neither is willing to put their mess on the table and deal. No matter what each is trying to pretend, the way they’re going, I see a serious crash and burn on the horizon. Speed bumps aren’t at all forgiving.
Posted by Deborah Mello at 11:20 AM
Email ThisBlogThis!Share to TwitterShare to FacebookShare to Pinterest
Labels: Love Stories