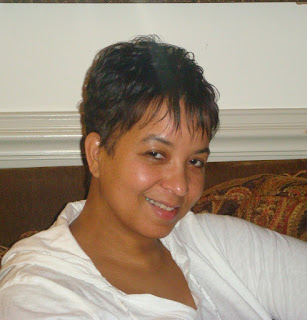 I’m back. I'm also fat, happy, hair-less, infection free and feeling better than new. Since the clouds have begun to clear, I've been writing with a vengeance. Last night I couldn’t type the stuff spinning in my head fast enough. You almost got a dozen posts today but I had only been running on three hours of sleep and was starting to feel it. When a strong cup of Starbucks coffee (with two extra shots) didn’t get me buzzed for even a hot minute I knew I was on the tail end of a fast declining slump. Sleep was calling my name and had no intentions of leaving me alone.

But I had a great weekend. I spent most of it with my very special friend. We both got a hold of each other and neither of us was interested in letting go. Reality knocked on the door at some ridiculous hour Monday morning and reminded us that we had responsibilities and our good time had to come to an end.

As we parted company the man said something that threw me for a serious loop. His words stung but the truth has a way of doing that when you least expect it. I know that he doesn't have a clue that his simple comment was like a good slap to my spirit. Then just like that something in my head shifted and the spell of really bad writing that I was experiencing moved right on up and out of the way.

The crap I wrote when I was sick is now flowing like melted butter on hot toast and I’m excited about all the stuff that is spinning in my head. I’m excited and I’m going to write until there is nothing else left for me to type, because at some point, I’m going to have to deal with the truth and who the hell knows what might come after that.
Posted by Deborah Mello at 11:40 AM
Email ThisBlogThis!Share to TwitterShare to FacebookShare to Pinterest
Labels: Me Myself And I

Deb, I love that new you with the short hair. Be happy and healthy.
Bridget

Hey Girl!!!
Thank you!! The hair is serving me well. Hey, how's that grandma business treating you?