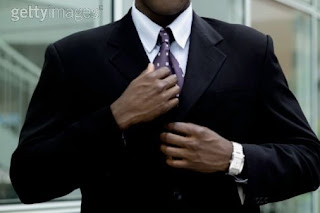 The young man caught my attention at the check-out counter of my favorite store. As he stood in line behind me he made a point of complementing the scarf I was waiting to purchase. Green was his favorite color.

Two young ladies closer to his age asked him about the tattoos that adorned his well-worked biceps and I couldn’t help but overhear him say he was twenty-four years old when they asked. Minutes later he chased me down in the parking lot, politely asking for a quick minute of my time. Since I had more than a few to spare I indulged him.

Mr. Justin Johnson introduced himself, announcing that he has two books that will be released some time this year, intoning that he hoped I would consider supporting his writing. Of course this immediately set off my writer’s radar. Now, like some writers navigating the publishing process have been known to do, Justin Johnson spun me a sweet little tale about not being quite sure when his books would be released since he was “transitioning” publishers. With raised eyebrows I asked if he was “transitioning” or if he was actually self-publishing. Justin Johnson tap danced a reasonable response that most lay persons would have probably bought hook, line, and sinker. Those of us who’ve been done by the publishing industry more times than we care to count could easily decipher the fact from the fiction and I imagine Justin Johnson has just begun to wallpaper his home with rejection letters.

Justin Johnson then gave me his sales pitch, noting that the first book was a collection of poetry and the second, a tome on relationships. I was intrigued by the prospect of both since Justin Johnson gave an articulate and somewhat profound dissertation on the dynamics of age and maturity between men and women. I was intrigued enough to actually give some serious consideration to reading what Justin Johnson might have published in the future. I gave Justin Johnson my business card, told him to keep in touch and if his writing was any good that I’d be delighted to read and perhaps promote his work.

I got the distinct feeling that Justin Johnson is a young man who is going to be exceptionally successful some day. He had great energy and it took him less than a few minutes to get me genuinely interested in what he might have to offer this world. With an amazing grace, much maturity, and plain, old-fashioned, good manners Justin Johnson is making sure that no matter what his future holds, this world will know him and his name.

Justin Johnson is a young, black man who appears determined to reach his full potential. He’s a native son, who is setting an amazing standard for other sons to emulate. I imagine his mother is immensely proud. I know I was.
Posted by Deborah Mello at 11:11 AM
Email ThisBlogThis!Share to TwitterShare to FacebookShare to Pinterest
Labels: Other Folks' Stuff