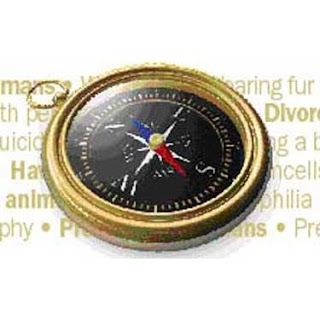 Johnny lives by an exceptional code of ethics. His moral compass and the standards which he conducts himself by are impeccable. But it also leaves him functioning within the parameters of principled boundaries that are sometimes difficult to penetrate. The man can be a tad rigid about some things and wound just a touch too tight for comfort about others. But it was his principled thinking and code of conduct that initially drew his friend Denise to him and it is his unwavering integrity that balances their friendship nicely.

Denise’s thinking isn’t so black and white. In fact, she has had no qualms about stepping outside those boundaries to slip and slide in the gray areas as necessary. Her motivations are fueled by want and need and sometimes aren’t nearly as principled as Johnny might like. Even with her own sense of right and wrong, Denise has found herself challenged by Johnny’s sense of what is appropriate and what is not. Despite the difference in their natures though they’ve established a nice bond that seems to work and even when they bump heads and are challenged, they still seem to make it work.

In the state of North Carolina couples must be separated and living apart for one full year before a judge will grant them a divorce. Johnny and Denise were acquainted before her separation from a man she clearly had no emotional ties to. Initially, the common thread that drew Johnny and Denise together was commiserating over relationships gone wrong. Months after Denise’s separation the duo found themselves becoming fast friends. But now, still being just a few months shy of Denise’s divorce and despite her living in her own home with her ex-hubby miles away, Johnny will not move their friendship forward. Denise understands his moral compass demands the ink be dry on the papers first least he feel himself intruding on someone else’s relationship but her heart is yearning for much more.

Pretending that nothing but friendship exists between them has suddenly challenged Denise’s own boundaries. Understanding Johnny’s reluctance is one thing. Accepting it has been a whole other beast. But Denise is moved by the man’s steadfast commitment and has found herself questioning her own. It suddenly made sense to her that words and promises whispered behind closed doors mean nothing if they must be secreted away and Denise will not be made to feel like some dirty little secret to be hidden from view. If friendship is all that Johnny can show in public, then friendship is all that Denise will lay claim to in private.