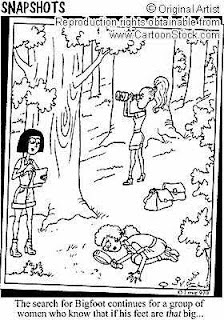 I have a girlfriend who is, and I quote, “Jones-in’ for some Dick”, end quote. Damn near fell out of my seat she had me laughing so hard. Seems that it’s been a long time since Tom, and Harry isn’t on her radar yet. She had no qualms about sharing that her self-imposed abstinence from sexual pleasure with a male partner has been less than satisfying.

Deidra gave up on sex some five or six years ago after a bad experience with her now ex-hubby. The experience gave her a STD that took a few rounds of antibiotics and a trip to Divorce Court to cure. Girlfriend wasn’t interested in ever being burned again and so she gave up the deed in exchange for Battery-powered Bob. But it now seems that Bob has lost his gusto, the wham bam not even worthy of a thank you. Deidra is hungry for a lover, a man who can actually walk, talk, and chew gum at the same time.

“And he must eat cat,” she proclaimed matter-of-factly, because no man worth his weight in gold would dare deny himself, or her, the pleasure of a kitty treat every now and then. The man at the table next to ours found the conversation as amusing as I did. It became even more entertaining when he leaned over, pressed his business card into Deidra’s hand and told her to give him a call. “I’ll even buy dinner first,” he said with the wink of an eye.

As he walked away, Deidra shook her head. “Damn, that’s too bad,” she said, dropping the card to the floor. When I asked why, she simply said, “Brother’s got small feet!”
Posted by Deborah Mello at 12:27 PM
Email ThisBlogThis!Share to TwitterShare to FacebookShare to Pinterest
Labels: Me Myself And I

Oh my God, I am at work trying to view a few seconds and can't stop laughing at the small feet. I just knew she was going to take him up on his offer.