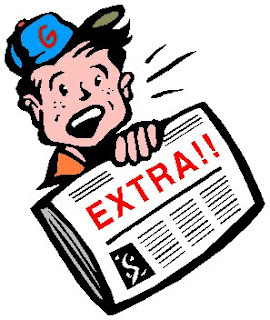 I typically try to avoid the news. More times than not some headline or breaking news flash pisses me right off and sends me on a major tangent. Recent news has done just that.

I should have turned off the television and burned my newspaper right then, but no, Deborah had to keep watching and reading, this little ditty sending me right over the edge!

Posted by Deborah Mello at 1:03 PM
Email ThisBlogThis!Share to TwitterShare to FacebookShare to Pinterest
Labels: Rantings