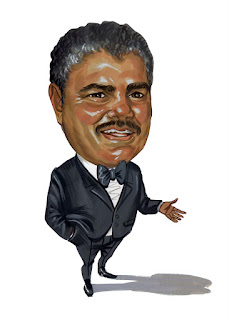 This past Saturday we threw my father a surprise 70th birthday party. Months of preparation, tiny white lies, and a lot of creative energy paid off in a big, big way.

Getting him there was a challenge since he wasn’t keen on the idea of dining out and definitely not at some restaurant that he couldn’t wear jeans and a tee shirt to. I was actually surprised that he didn’t get an inkling of it before hand but lo and behold the “secret” didn’t get exposed until mere seconds before he walked into the restaurant when he recognized an uncle’s car parked in the lot. He still wasn’t sure what was going on other than uncle had said he was going out of town and wasn’t supposed to have been there where he was.

Making his way into the Club Room at the Parizade Restaurant in Durham, he was wary, sensing that something was definitely up but still not quite sure what that something was. As he made his way through the door, we started singing Happy Birthday and the man came to a fast stop. His expression was absolutely priceless and then he welled up with tears, fighting not to cry.

The event was well attended, family and friends coming from near and far to celebrate. My favorite moment was when his best friend from grade school stepped up to shake his hand. Despite having kept contact via telephone and a holiday card here and there, the two men hadn’t actually seen each other for 57 years.

My second favorite moment was when a family friend stood up to say a few words, introducing himself as my father’s son from his first marriage. My 87-year-old grandmother damn near fell out of her seat! A son? What first wife? I laughed until my sides hurt.

The event was themed as we paid homage to the “superhero” we consider the man to be in our lives. Both my sister and my son gave these great video presentations about my father’s life and his successes and accomplishments. I was given the responsibility of sharing just what the man has meant to us and I nearly lost it when my daddy began to cry. Being able to honor my father and his love was truly an awesome experience.

The party lasted for two whole days moving from the restaurant to my parent’s home. Laughter flowed like water and thanks to some swift maneuvering, the next day we feasted on my mother’s homemade biscuits and jams for breakfast and my father’s infamous BBQ ribs.

So, for just one last time, Happy 70th Birthday, Walter L. Fletcher! We love you very much!
Posted by Deborah Mello at 2:00 PM
Email ThisBlogThis!Share to TwitterShare to FacebookShare to Pinterest
Labels: We Are Family