THE BEGINNING OF THE END 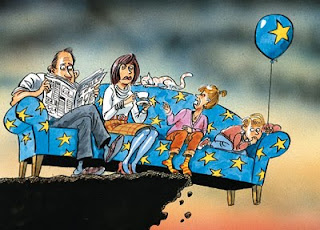 You can always see the beginning of the end. Whether or not you are willing to admit it is something else all together. In life we have to make choices. We hope that the choices we make are in not only our own best interest, but in the best interest of those who might be depending on us. In relationships, it’s not always about the couple themselves, but the family around them whose lives they impact. We must especially be cognizant of the children and how our actions will ultimately impact their young lives.

I have a friend who loved a man so much that she neglected her young daughter’s feelings, putting her relationship with her man before her child. Fast forward some twenty years later and that daughter is still trying to reconcile what she feels for her mother with what she knows she should feel. There is no balance between them and her mother has only herself to blame. That man only remained in their two lives for a brief period and then he was gone, never to be heard from again. The wounds he left behind were deep, both women still bleeding from the hurt that had ravaged their relationship.

Another friend could never imagine putting anyone before her children, not even herself and so she sacrificed years of her own happiness to insure theirs. She existed in an unhealthy relationship believing it was the right thing to do and now that her children are grown and gone, the few avenues of joy that had once existed have all dried and withered away. All alone, girlfriend can’t even begin to fathom a future where she might actually come first in someone else’s life, most especially since there is no someone else on the horizon.

Josephine looked to both women for answers to her own relationship dilemma. She’s head over heels in love with a man whose young children aren’t happy about her being in their daddy’s life. The son thinks she’s trying too hard to take his mother’s place and the daughter resents her presence all together. Daddy finds himself stuck between a rock and a hard place wanting to respect his children’s feelings and be true to what he is feeling for Josephine. So Josephine reached out for our opinions about what she and her man should do.

I think Josephine feels that she is seeing the beginning of the end. Her guy doesn’t necessarily agree. Ugly raised its head and the babies said they weren’t happy about their father’s relationship. Boyfriend’s first instinct was to send Josephine away until they could figure out how to fix what might be broke. He sent Josephine away. I can’t help but wonder why she needed to be gone for them to work on the problem if their being happy together is their ultimate goal.

But I also feel that his kids feelings have to be taken into consideration and the choices that may be made can’t just be about what this couple might want with each other. But I think if making it work were remotely possible, Josephine would be with her guy, and the kids, the four working together to find the balance they need with each other.

Instead, Josephine got sent away and now she's sitting in an empty house, all alone, wondering where it, and them, went wrong.
Posted by Deborah Mello at 3:41 PM
Email ThisBlogThis!Share to TwitterShare to FacebookShare to Pinterest
Labels: Love Stories

The problem aint them kids its there daddy. If she's not treating his kids bad then he need to tell them to get straight. Kids today so damn spoiled they think they can dictate grown folks business to grown folks.