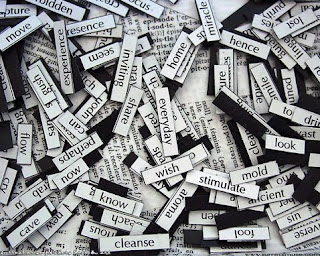 He has a blog like I do. His is one of the few that I follow with bated breath. I typically like what he has to say. But sometimes I read the man’s words and they leave me feeling as though I’m missing something. And so I find myself reading his words over and over again trying to figure out what it is that has slipped over my head without my realizing it.

I’ve even gone back and reread words that I’d thought I’d missed but really hadn’t. Then it hit me. I needed to read between the lines. It wasn’t about what he had actually said, but more about the emotion he couldn’t convey. It was all about the things he couldn’t put down on paper. Those things he was feeling and experiencing that were foreign to the true nature of who he was and contradicted with the man he was trying to be.

He has these honest moments where he spills his soul out for all of us to see but if the truth were told honest isn’t quite that honest. He claims to be sharing his hurt and frustration but trying to man up and not say just how damn sick and tired he is with his situation really has him saying very little at all. Everything has gotten sugar-coated as he strives to be politically correct and not hurt the ones who love him most.

Because the ones who love him most haven’t yet figured out just how damn sick and tired he is with his situation.
Posted by Deborah Mello at 9:27 PM
Email ThisBlogThis!Share to TwitterShare to FacebookShare to Pinterest
Labels: Rantings