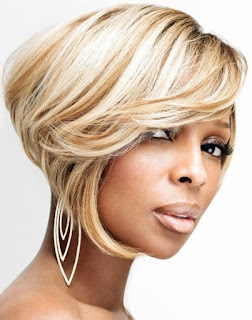 Gregory changed the rules of their relationship and now Gretchen is in a tailspin, fighting back depression and just wanting the hurt of it to stop and be over so she can feel whole again,

I told Gretchen her first mistake was giving her man control of her emotions. Gretchen countered that love took away her control, not Gregory. He simply benefitted from the experience. That one made me smile.

She's been playing Luther Vandross over and over again on her radio. Luther's quandry has become Gretchen's, the two of them asking for a reason to want their loved one back. Wondering why they should love again, pondering how to forgive and forget...

I told my girl to listen to some Mary J. Blige instead. To start with Testimony 'cause trouble don't last always, then play her some Enough Cryin', thinking she needs someone to carry her, and when all was said and done, play Mary's Stronger. Play it again and again until she realizes she is, even if it did take the hurt Gregory laid on her heart to get her there.
Posted by Deborah Mello at 9:58 AM
Email ThisBlogThis!Share to TwitterShare to FacebookShare to Pinterest
Labels: Love Stories