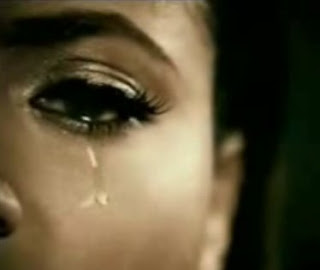 Trina was sitting in this very nice restaurant, enjoying a very nice meal when she was suddenly consumed by an overwhelming sense of sadness. The emotion hit her like a tidal wave and before she knew it tears were streaming down her face. Trina had no words of explanation to offer her companion for her sudden mood swing. The man was taken aback like most men who hate it when a woman seemingly cries for no good reason at all.

The two had been talking about family, hers and his, and life in general, and out of nowhere she was devastated by a sense of loneliness and despair. Trina regretted the display of emotion, hating to have her friend see her in such a state, especially when she herself was having such a difficult time making sense of the moment.

In general, women are forever holding back their emotions. Expressing our true feelings is reserved for rare moments of solitude. We cry in the shower where no one will know, or scream at the top of our lungs while sitting in a closed car in an empty parking lot. There are times when our dreams and thoughts are these covert opinions that no one else can be privy to. And not because we don’t want to share them but because we are so busy shouldering other people’s stuff that there is no time or place for our own. Then the dam breaks and we explode in frustration or hurt or overwhelming sadness and we cry or scream and on that rare occasion someone bears witness to that side of us we would rather not share.