CRASH AND BURN A CAREER 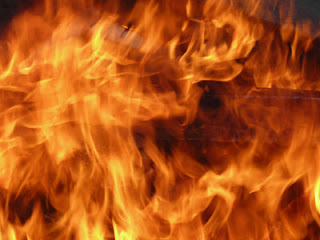 Y’all want the good news or the bad news?

Based on history I presumed my next book would be released the earlier part of next year. It made sense to me most especially when agents and editors had to give me a swift kick to get them the manuscript ASAP and they got it.

Today, I reconfirmed my release date ‘cause y’all have been emailing and asking and I’ve been telling you February 2009 because that's what I was led to believe.
But today I was corrected. I was told that the next Stallion book would be released in May, not February. At first I was like, okay, three additional months, no problem. Then I reread the message. May 2010, not 2009!! That’s right, two years from now May. I got this explanation about schedules and things being completely booked for the 2009 year and the excuse list goes on.

So, unless something changes, it would now appear that there will be a full two-year window between my last Stallion book and my next Stallion book.

Maybe it's just me but I feel like me and the Stallion boys have just been given the kiss of death. If this doesn’t send my so-called career spiraling straight to hell I don’t know what else will. So much for all that damn numbers building I was supposed to be doing because it seems that there is no issue crashing and burning whatever progress has already been made. So who cares if in 2009 folks are asking, Deborah, who? Is she new? Stallion, what? Do I remember them? Hell, we all know how easy it is for a writer to pick up the pieces after a lengthy hiatus and start all over again. I'm sure my fan base will just be standing around ready to pick right up where I left them at. Who am I kidding.
And that was the good news. I told them to keep the bad. News worse than that may very well send me over the edge.
Posted by Deborah Mello at 11:48 AM
Email ThisBlogThis!Share to TwitterShare to FacebookShare to Pinterest
Labels: Writers Corner