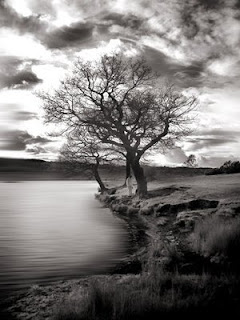 Much of my childhood and most of my adult years were marked with incredible disappointment and much heartache. “When things change…” became my mantra, the words spoken more times than I care to remember.

Catastrophic change came twice in my life. The first time was when I entered my marriage. I was seventeen. The ex-hubby was considerably older. I was running far and fast from an abusive situation that I didn’t believe I could tell anyone about. I ran to where I believed things could be different. I entered the marriage for the wrong reasons at a point where I had yet to discover a single, solitary thing of value about myself.

And change came. But it was nothing like I imagined or wanted for myself. I endured for over twenty-eight years in a relationship that became toxic to my spirit. I found myself existing and not truly living my life. Toward the end I was a mere shadow of the woman I knew I could be. And so I fought tooth and nail for change.

Leaving my marriage was the second catastrophic change to come into my life. I was suddenly challenged to discover and get to know this woman who stared back at me from my mirror in the mornings. And once again I experienced fear. This deep, gut-wrenching panic about where I was going and how I was going to get there. And for the first time since forever I was totally and completely alone and I was lonely.

I’ve discovered much about Deborah. Most of it has been good. Much of it can be improved upon. Change has been good to me and even better for me but it has been nothing like I imagined or believed I wanted.

This past year and a half I have been blessed with many moments of overwhelming joy but I've come to realize that I’m still yearning and searching for something I haven’t yet found. It hit me as I was driving home from a friend’s in the wee hours of an early morning that for all the joy I’ve come to know I still have overwhelming periods of sadness and loneliness. And I still feel very much alone.

I’m still pretending to be well when nothing really is. I’m still lying to myself and others, trying to make all my circles fit into everyone else’s squares. And they don’t fit. I don’t fit. And I feel guilty because my many moments of overwhelming joy should be enough for a woman who’s never had any before. But they’re not and I’m desperate to figure out why.
Posted by Deborah Mello at 12:21 PM
Email ThisBlogThis!Share to TwitterShare to FacebookShare to Pinterest
Labels: Me Myself And I