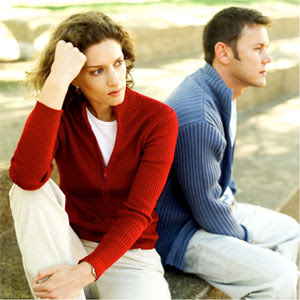 Felicia was beating herself up, feeling selfish because a man had given her five minutes of his time and she had wanted ten. He’d favored her with one kiss and she had wished for two. She was feeling selfish and guilty for wanting more from the man she loved with all her heart.

Felicia couldn’t read between the lines when she wanted to share and her man said no, or hemmed and hawed his way out of responding to her requests. Felicia took his silences and distance, believing that it was okay for him to be busy with other things and other people when he didn’t ever seem to want to be busy with her.

Felicia needed to catch a clue. Felicia never stopped to consider that she deserved whole days and not just a few minutes of her man’s time. She never stopped to think that her man should have wanted to shower her with kisses, and hugs. Felicia couldn’t fathom that she deserved more from the man who claimed to love her. Felicia didn't understand that she should have demanded better than her man seemed able or willing to give.

Not until another man, interested in Felicia’s time and attention, pointed it out to her.
Posted by Deborah Mello at 1:48 PM
Email ThisBlogThis!Share to TwitterShare to FacebookShare to Pinterest
Labels: Love Stories

Wow, sometimes we exist not really daring to step outside the box, we make due with what is given, until our world is shaken up, then we say, what now?

Exactly! Thanks for stopping by.