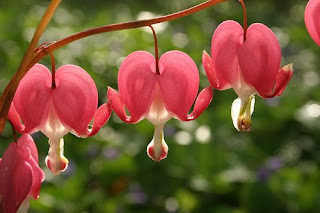 I am in a serious look-but-do-not-touch kind of mood. It’s raining and although I should be thankful with drought conditions and that whole April showers – May flowers deal, I am instead so ready for sunny and hot that I could just scream. My father says this is good sleeping weather but I’m wanting to do something besides sleeping my time away.

A really good friend called this past week to tell me about a man she thought would be just “perfect” for me. He’s educated, intelligent, established, and living just far enough out of the area that our seeing each other can be just as convenient, or as inconvenient, as either would want it to be. Apparently she’d already given him her sales spiel about me and he’d asked her to pass on his telephone number so that I might give him a call. He was in town at the moment and my friend thought it would be a good idea for us to connect over coffee.

Since I was still reeling from my really good time with my really good new friend, I hesitated. I’ve never been a woman who could juggle more than one man at a time. Well, maybe I could / did back in my days of being young and stupid but I’ve matured since then. Or at least I’d like to think so! Anyway, after contemplating it just long enough to know that the man had left town and wouldn’t be back for a while I decided not to call. I did not, however, toss away his telephone number. Just in case.

My really good new friend took me to dinner again, and again we had a really great time together. The man has got me giddy as hell and I absolutely love how I feel when he and I spend time together. He makes me laugh, the conversation is always on point and I simply enjoy being in the company of a man who makes me feel oh-so special.

Frustration had me putting my foot in my mouth this weekend. I was having an issue with a friend. I should have walked away from it for a while to gather my thoughts, collect my emotions, and just regroup before he and I had a discussion about it. But I didn’t. Instead I went on the attack and was left feeling slightly foolish after the fact. The friend knows me well enough that he let me rant and rave and then told me he still loved me despite my drama queen antics. We still have an issue between us but I know that once I get past my PMS moment then he and I will resolve it and move on.

Right now though I still have some major attitude so look but do not touch if you know what’s good for you. I am just not in the mood.
.
Posted by Deborah Mello at 1:52 PM
Email ThisBlogThis!Share to TwitterShare to FacebookShare to Pinterest
Labels: Me Myself And I