I’ve decided that I need to revive my random thoughts segment. There’s so much going on and sometimes just a random thought about a subject is fitting. Y’all might remember how this works. Every so often a thought will cross my mind but never quite make it into a full-blown post. I call them DRIBBLINGS, just haphazard, trivial stuff that passes through my thoughts. And so, I DRIBBLE!

A father in Louisville boarded a public-school bus to verbally assault a child. (Video HERE.) He says it was out of character for him, but that his daughter has been bullied and because the school has taken no action, he’d been pushed to his limits when allegedly his daughter was smacked by another little girl. NO! In fact, HELL NO! I’m not buying that bullshit. He showed his true colors. No grown ass man would even consider calling a child a bitch and think that’s okay. No father of a daughter would be okay doing this unless he has absolutely no respect for women in general. He called that little girl out of her name with his whole chest, and I shudder to think what he would have done had the bus driver not been holding him back. The video showed his daughter trying to climb over the seat to continue to escalate the problem. Personally, I didn’t get victim vibes, unless she got a shot of courage because daddy was there. Clearly though, he’s not the role model any little girl needs to fully understand her self-worth as she journeys to womanhood. Either way, he was wrong, and no one should be okay with his behavior.


Words are my superpower. Point of view is my kryptonite.

At the beginning of his quest for the presidency, Donald Trump stated he could walk down 5th Avenue and shoot someone, and no one would care. A lot has happened since then that would seem to validate that statement. I can’t help but wonder what, if anything, would make the GOP pull their support of this one man and refocus on the needs of their constituents and the American people? Or are they, as an entire entity of political power determined to go down in flames if he leads them straight to hell? 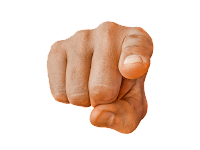 We’ve blamed Covid. We’ve blamed presidents and political parties. We’ve blamed supply demands. We’ve pointed fingers at other countries and a war we’re financing but not supporting. Every ill from rising gas prices to the economic crisis across the nation has been blamed on something. At what point do we place the blame on the greed and selfishness of people who have no compassion for their fellow man? When do we call out blatantly bad behavior and actions meant to defraud most and prosper only a few? Where shelves are stocked, why haven’t prices begun to drop? Because someone is profiting personally, and they don’t give a rat’s ass about the rest of us. So when will we lay the blame there?


My cognitive empathy has become a liability. I cry at commercials. Life can become overwhelming too quickly. My emotional empathy is on overload, fueling somatic empathy that has my entire body reeling. To shut it down, I need to shut it off. If I shut off my emotions, I can’t write. And I need to write. I feel like I’m caught between the proverbial rock and a hard place. Old people are determined to take their dirt to their graves. The deeds done in their youth could potentially come back to haunt generations that follow behind them. But I get it. I’ve done some things I pray daily will never see the light of day. And I hope if it ever does, I’m long gone, and my descendants can forgive me. There’s a story here. Maybe, one day, I’ll let myself write it. Then again, maybe I already have?

Posted by Deborah Mello at 6:20 PM
Email ThisBlogThis!Share to TwitterShare to FacebookShare to Pinterest