DIVAS ON MY BOOKSHELF: FARRAH ROCHON USA Today Bestselling author Farrah Rochon has been on my bookshelf since her New York Sabers series. It was one of the first romance series that made me doubt my own writing. Because Farrah Rochon can tell a story like no one’s business. She’s also one of those authors who is on point with every detail surrounding her books. From the creative idea to publication and marketing she doesn’t miss a single beat. Her writing is her business and I’ve learned much from her. Farrah has taken plotting a story to a level that still mystifies me. I was not a student who passed her class and I’ve taken her plotting workshop a few times. She is that good and I still don’t come close!

Farrah has been such an inspiration. She continually challenges all of us in this literary game to write better, promote smarter, and put only our very best on the table. She sets a higher standard with each and every book she writes, pulling us up and over that bar along with her. Those of us who admire her may go kicking and screaming but she hasn’t allowed us to fall once. She genuinely wants each and every one of us to win and that can be rare to find in a business where your success lasts only as long as it takes a reader to finish your last book.

Farrah’s list of literary nominations and awards is extensive. They reflect her love for her craft and a testament to her talent. Farrah is adored by all of us who know her, and it is truly a blessing to call her my friend.

I’m excited to celebrate Farrah’s most recent release, THE HOOKUIP PLAN. It’s the final story in The Boyfriend Project series. And what a ride this series has been! 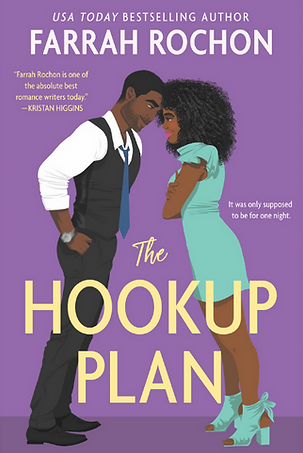 Successful pediatric surgeon London Kelley just needs to find some balance and de-stress. According to her friends Samiah and Taylor, what London really needs is a casual hookup. A night of fun with no strings. But no one—least of all London—expected it to go down at her high school reunion with Drew Sullivan, millionaire, owner of delicious abs, and oh yes, her archnemesis.

Now London is certain the road to hell is paved with good sex. Because she’s found out the real reason Drew’s back in Austin: to decide whether her beloved hospital remains open. Worse, Drew is doing everything he can to show her that he’s a decent guy who actually cares. But London’s not falling for it. Because while sleeping with the enemy is one thing, falling for him is definitely not part of the plan.

Yeah! This one’s good and you won’t be disappointed. 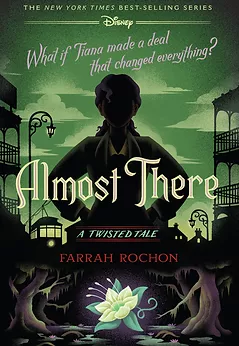 I’m also excited for her upcoming release, ALMOST THERE:TWISTED TALE. If you follow Farrah, you know she is a big Disney fan. All that pink, cotton-candy, Mickey Mouse joy makes her heart sing. Now imagine her taking a Disney princess tale and giving it an alternate reality twist! How could this not be a must read! I’ve pre-ordered my copy and September 6th can’t get her fast enough. Don’t miss out on this one. Pre-order your copy NOW!

And if you’ve never read Farrah before, prepare yourself. She has an extensive backlist and every single title is romance gold.

Posted by Deborah Mello at 9:00 AM
Email ThisBlogThis!Share to TwitterShare to FacebookShare to Pinterest