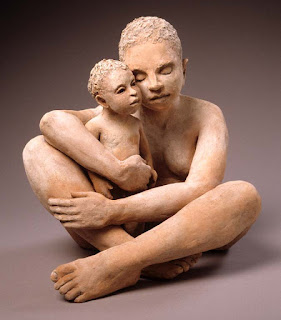 Parenting is a challenge in and of itself, most especially when the cute baby reaches adolescence and that not-so-cute, I-know-everything, you-know-nothing stage. But parenting shouldn’t be an act of devastation where the parent is more of a child than the child is.

Kevin and his mother have a relationship that is riddled with nonsensical drama, most of it caused by mama. Mama’s issues run deep and no amount of rationalizing with her would seem to work.

Mama has spent most of Kevin’s teen years buying his affection. Kevin pouts, throws tantrums and Mama goes on a spending spree rewarding him well for his bad behavior. Then when Kevin opposes her, doing what teens tend to do at his age, the woman turns into Linda Blair, spewing carnage as her head rotates in circles on top of her thick neck. When that happens no one is safe from the fall out, not the baby boy, the daddy, or anyone else unfortunate enough to cross her path. But the only one who truly suffers is her son.

Despite son-shine’s maturity, his mama permits him to do things a boy his age has no business doing. It’s not rocket science to see a disaster-in-the-making, but mama would seem to be deaf, dumb, and blind if it means pissing off the boy’s daddy. And like children will do, their child has mastered the art of playing one parent against the other for his own personal gain.

Mama blew a fuse recently. Since then baby boy has barely cracked a smile. He needs things to change but the change he thinks he needs won’t solve his problems. It might make things easier for the boy because Mama won’t have anything to complain about. But like life will do, I’m sure it won’t be long before they’re all right back in the same cycle the kid would desperately like to run from and Mama’s head starts spinning in circles while she spews.
Posted by Deborah Mello at 9:10 PM
Email ThisBlogThis!Share to TwitterShare to FacebookShare to Pinterest
Labels: Rantings