ONE OF THOSE GOOD DAYS 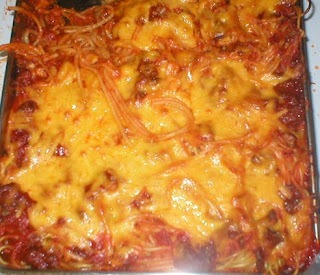 So, it was one of those good days. I had no where to go and nothing I absolutely had to do and so I did absolutely nothing. Then I was motivated to cook. I haven’t really cooked in a good long while. Fast food has been my nemesis to say the least. And so I tossed on a pair of sweat pants and one of my well-worn tee shirts and headed to the grocery store.

I knew what I wanted to cook, yet I struggled for thirty minutes trying to figure out how to make that meal low-calorie and healthy. After thirty minutes I gave up, figuring there was really no good reason to ruin a good thing, then I headed for the kitchen.

The pork chops were pristine. I seasoned those babies up and let them marinat 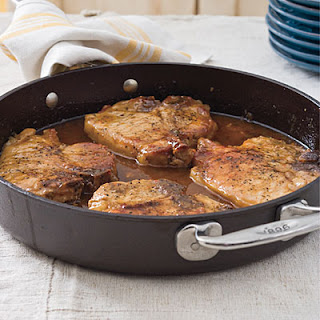 e in the refrigerator for a few hours. Then it was on to the gravy for the baked spaghetti. One large chopped onion, a sliced green pepper, two large jars of stewed tomatoes simmered sweetly, while spaghetti cooked al dente. When all that was done, I layered the two in a baking dish with a pound of grated, extra-sharp American cheese. At least another pound of cheese decorated the top. As I slipped that casserole into a low oven I was feeling a pinch of guilt but it only lasted as long as it took me to pan fry those first few pork chops. Adding a leafy green tossed salad did, however, make me feel much, much better about the overall calorie count.

Then, when the meal was all done, plated pretty, and ready to be eaten, I didn’t have any appetite at all. But that was perfectly okay, because it had truly been one of those good days.
Posted by Deborah Mello at 1:22 PM
Email ThisBlogThis!Share to TwitterShare to FacebookShare to Pinterest
Labels: Me Myself And I