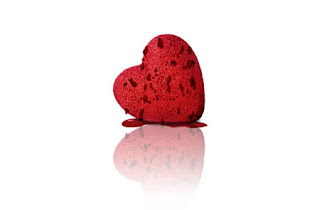 Barney is good-looking, intelligent, gainfully employed, successful and from all outward appearances would be quite the catch for the right woman. Bettye is loud, rude, obnoxious, and battle worn from her many years of drug addiction. Barney and Bettye have been an item for longer than most people remember, and through the worst of her mess Barney has been right there holding her up.

Bettye has stolen from him, lied to him, abused him and has committed some ungodly acts against the man. The two have been married for ages with four children being born to the union yet Barney is not the father of any of Bettye’s babies. He’s thrown the woman out countless times and each time she’s destitute and homeless, crawling back with promises of change, Barney takes her back. But Bettye's ills have cut the man deeply, leaving him with a bleeding heart like no other.

Barney clearly has zero self-esteem and that is truly an unattractive quality in a man. Right now I would personally like to shake Barney until his brain starts to rattle around in his skull so that some sense can be made of this mess he calls his life. Despite every indignity Bettye has thrown at the man, from baby-daddy drama to her last arrest for prostitution, Barney continues to take it. My brother, there ain’t a woman in the world worth the crap you keep going through!

I so want to know why Barney doesn’t think himself worthy of better. His friends and family surely want to see him with better! I wonder what keeps him from moving on with his life without her. And clearly, Barney needs to pick himself up and move on.

Bettye has no love for Barney. I’d even venture to say that Bettye doesn’t much like Barney at all. If the woman cared on iota about Barney she’d shovel up the last of her crap off his doorstep and crawl back into the hole she keeps trying to drag him down into. She could gladly live the life she seems to crave and she could do it by herself or with the worthless men she keeps pulling into her relationship with Barney. But she doesn’t and the hold she has over the man is beyond reason.

Barney, baby, you need to learn how to love you. Forget loving Bettye. Loving Bettye hasn't done you one ounce of good, so give that bad habit up. Not everything that is broken can be fixed. Sometimes it’s just best to throw the pieces away and start anew. Drop that bitch cold turkey. I assure you the withdrawal pain from letting Bettye go won’t be nearly as horrendous as the hurt you continue to endure trying to hold on to her.
Posted by Deborah Mello at 12:37 PM
Email ThisBlogThis!Share to TwitterShare to FacebookShare to Pinterest
Labels: Love Stories