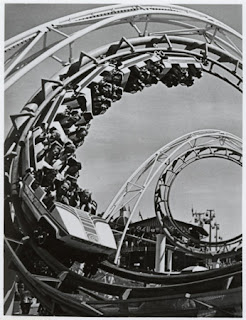 They are only seventeen and eighteen and they’re so “in love” with the idea of being “in love” that neither can think straight. They’ve latched on to each other much like an infant latches on to a pacifier, both refusing to let go.

Their love is that giddy high that has you believing everything imaginable is possible. Young love has no rules or boundaries. It is the best of everything with whipped cream and a cherry on top. I’ve watched these two reveling in the innocence and joy of each other and even as I peek into their grander moments I can’t help but think that I wouldn’t want that for myself ever again. Those of us who have been there before know that when you’re that age and “in love” that at some point in time, in a place where you least expect, the rules will kick into high gear and all that “young” love will be filled with the responsibilities of adulthood.

There is something much more delightful about finding love after you’ve dealt with some serious life experiences. I think to truly know the best of what true love can offer that you need to have your heart broken once or twice. Age and maturity will certainly deal you a hand or two of disappointment and heartache if you live long enough. It’s the wealth of all that emotion that enables us to know what we do and don’t want for ourselves when we find ourselves falling into “adult” love.

I was reading a young woman’s MYSPACE page recently. She’s barely eighteen and believes she has full grasp of what she wants for herself in a future companion. Her want list was a sheer delight to read as she expounded the virtues of a man who’ll hold her hand in the rain, wash her hair, paint her toenails, and be more romantic than a Beverly Jackson romance hero. I understood fully what she wanted for herself but I also understood that she has yet to realize that she should want so much more.

Love is a fascinating rollercoaster ride. At the age of seventeen they’re still rolling up that first slow hill. Their momentum is just beginning to build. The excitement of what will come has them full of hope as they fathom the possibilities. That inevitable drop will come in time, sending them into a tailspin, but they’ll get past that rush of anxiety and do it again and again until that last climb to the top, when the ride finally levels out on an even course and there are no more drops and falls for them to know. And then they’ll have the beauty of what once was, the knowledge of what could be and the joy of moving forward, dictating that ride on their own terms.

I’m at an age where I am more than ready for that even course, no longer interested in those extreme highs and even lower lows of love’s rollercoaster ride. Young love had its turn. I’m welcoming the possibilities of true love.
Posted by Deborah Mello at 1:20 PM
Email ThisBlogThis!Share to TwitterShare to FacebookShare to Pinterest
Labels: Love Stories