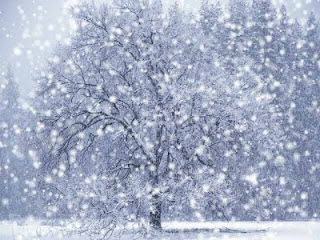 Some areas of the country have no true experience with snow. My small town here in the South is one such area. When I first moved here I was running as fast and as far from snow as I could possibly get. I absolutely hated the stuff. I hated the cold and the wet of it, and slipping and sliding my way to work wasn’t my idea of something fun to do. Every time the weather man predicted the onslaught of a Nor’easter, known for dumping heavy amounts of rain and snow with hurricane force winds, all I wanted to do was crawl into bed and go into hibernation. Sleeping away the winter seemed far more appealing to me. My last winter in Connecticut we’d gotten hit with over four feet of wind-blown snow over a three day period. That was the first storm. If I recall correctly there seemed to be another two or three major accumulations after that.

In the North, folks go on with business as usual. Delays are relatively short and folks go to work and school. Here, the entire town shuts down and people don’t know what to do with themselves. There has been only one substantial snow fall here since I moved and that six inches of fluff devastated the area. At the time I was still reeling from the welcome that Hurricane Fran had given us. The snow didn’t faze me in the least until two days after the fact when the supermarket and the library were still closed. Here I was wheeling about in my SUV with its 4-wheel drive wondering what the fuss was all about and folks were looking at me like I was plum fool.

The weatherman is predicting we’ll see another wintery mix tonight and tomorrow. WalMart and the Piggly Wiggly Supermarket are already out of bread and milk. The video business is booming because people are preparing themselves to be stranded for at least a month if the roads actually ice up and we get some bright white stuff covering the ground. Everyone knows you can’t depend on cable and satellite in extreme situations like that!

I sold my SUV for a pretty red pickup truck a few years ago. Pickup trucks are a necessity here in the South and snow looks right pretty covering the bed of a Ford-150. However, I don’t think I’ll have much use for it if I need to get out of the house and the roads haven’t been plowed. But what the hell! I’ll just watch it fall from my window and remember what it was like way back when. I imagine I’ll actually find the beauty in it once again since I have no plans to slip and slide my way to anywhere if it does come. Then I’ll crawl into my bed with a good book, a few DVD’s, and a requisite supply of chips and snacks. I’ll surely survive ‘cause I’ve got experience with winter weather and everyone knows only someone who’s plum fool will be looking for the supermarket and library to be open.