DIVAS ON MY BOOKSHELF: VANESSA RILEY 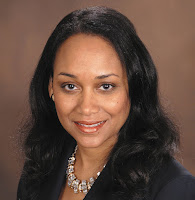 Good morning! I'm so excited about this new series, DIVAS ON MY BOOKSHELF! Today, I’m thrilled to talk about the incomparable Vanessa Riley.

Vanessa Riley is one of the most prolific writers I know, and this is not my first-time sharing news of her books and upcoming releases. My last posts are HERE and HERE. I aspire to Vanessa’s level of creativity. I am always captivated by the sheer beauty of her words. She can take the 26 letters of the alphabet and string together stories that are transformative. I love me some Vanessa Riley!

Most recently I finished Island Queen, for the third time! Based on the incredible true-life story of Dorothy “Doll” Kirwan Thomas, a free Black woman who rose from slavery to become one of the wealthiest and most powerful landowners in the colonial West Indies. Vanessa Riley breathed life into each character and her portrayal of Doll’s staunch determination to rise above her circumstances and reign was absolutely riveting. This writer’s ability to evoke emotion knows no bounds and with each chapter, I found myself lost in the eighteenth-century world of sugar plantations, island marketplaces, and London drawing rooms. If you want a real treat, purchase the audio book, too, narrated by the British actress Adjoa Andoh, (Lady Danbury of Bridgerton fame). 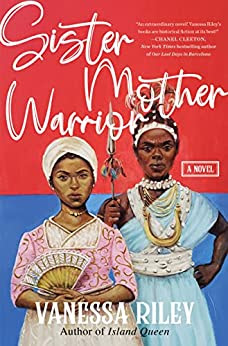 It’s the vivid, sweeping novel of the Haitian Revolution based on the true-life stories of two extraordinary women: the first Empress of Haiti, Marie-Claire Bonheur, and Gran Toya, a West African-born warrior who helped lead the rebellion that drove out the French and freed the enslaved people of Haiti. I know that Vanessa Riley will transport us to a whole other world as she again, pulls us into history we’ve never before been told or had been denied.
But Vanessa's writing talents don't stop there. She will soon be taking us on a jaunt into historical mysteries with her upcoming book, Murder in Westminster, the first book in her new Lady Worthing Mystery series. The anticipation is giving me goose bumps! Adding each new book of hers to my collection is me snatching a tiny piece of literary heaven to include in my small book world! 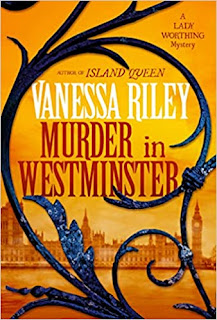 If you’ve never read Vanessa Riley, you’re missing out. Do yourself a favor and journey through her backlist. You’ll thank me later.

Posted by Deborah Mello at 7:00 AM
Email ThisBlogThis!Share to TwitterShare to FacebookShare to Pinterest