One of the single greatest blessings in my life is my relationship with my father.  As a little girl, he was my idol, the first man I loved and he set the standard for all the men who later came into my life.  As a little girl I thought that he could do no wrong, the sun and the moon rising and setting on everything that was my daddy.  I was his Baby Girl, the nickname that not even my younger sister could usurp and it represents an understanding that he and I have had between us that continues to cement the bond we share today. 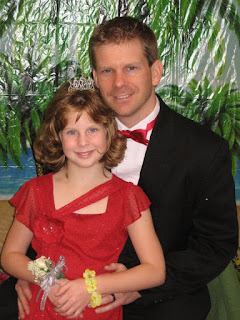 My father and I have had our moments, and there were many that were not good.  I wasn’t always the good daughter he would have liked me to be, but even at my worse, I remained his Baby Girl.  From the moment I drew breath he has been the parent who has most controlled and manipulated my life.  When I rebelled, he was the first to let go, insuring that I learned some very difficult lessons the hard way.  And when I fell, and fell hard, my father was there to pick me back up, hold me until there was no more hurt, and who set my steps back in the right direction.  Sometimes he didn’t even know he was doing so much but me wanting him to be pleased and proud of me made it so.
There was a moment this past week where I was reminded of just how much my father has always loved me, how he has fought for me, and believed in me, and it just took him calling me Baby Girl when I needed it the most for me to remember.

I have a friend, Mrs. Sharon Hunter Barrow, who has initiated a program for fathers and daughters, to celebrate that special bond little girls would hopefully have with their dads.  The Father-Daughter Ball that she has hosted for the past three years has been a highlight of many little girls in her community.  And with each year the number of participants has increased ten-fold.

To continue to bring this amazing event to those special little women who need it, Mrs. Barrow is hoping to win a grant from the Pepsi Foundation for her Father-Daughter Ball.  She needs support, in the way of votes, from those who like and believe in her idea.


I am voting as many times as I can.  I am also asking for your votes as well.  So, please, if you would, follow the link here,  FATHER/DAUGHTER BALL and vote!
Thank you. 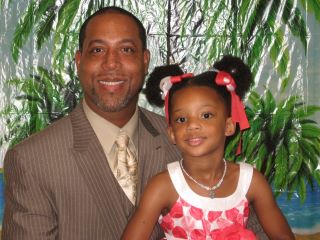 PS – Voting requires registration and even though that can sometimes be a nuisance, the benefit far outweighs the annoyance. Registration is simple and for your efforts, some little girl might be afforded the opportunity to dance at a ball with her most favorite guy in the whole wide world.  Just imagine the memories years from now!

Posted by Deborah Mello at 11:59 PM
Email ThisBlogThis!Share to TwitterShare to FacebookShare to Pinterest