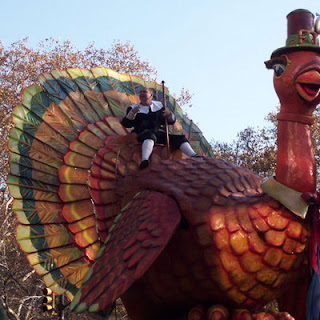 Connecting with family over the holidays is always an experience. After a meal of too much turkey and more than my fair share of pie I usually walk away with a full stomach and an even fuller heart. This Thanksgiving was no exception and it reminded me of holidays past when I’d bake and cook for days on end to prepare a mammoth menu that would inevitably be consumed in less than an hour’s time. The difference this year though was I didn’t cook a thing. What remained constant was that the fellowship was exceptionally heartfelt.

For over 26 years the ex-hubby never attended family functions. Correction. He never attended MY family functions. I can literally count on one hand the number of times he graced my family with his presence and I’d still have three fingers left over. This past summer at the family reunion, an elderly aunt asked me when I planned to marry. When I told her I’d recently gotten divorced she looked at me as if I’d lost my mind. The women gathered at her side had no recollection of any marriage involving me and another party and none of them had never ever met the man. Amazingly, within my own family ranks, those who knew he actually existed were far and few between.

I vowed that I would never again involve myself with a man who had no interest in socializing with my family. I don’t expect that every weekend and every holiday should be with my kin folk but there would need to be a willingness to at least sit across the table and break bread with them every now and again.

I understand that balancing two families can be a chore but I would hope that celebrating with one side and not the other wouldn't have to be the decision of choice. One reason I so readily cooked and hosted the holiday meals in the past was to bring our two families together to prevent the dissention that going elsewhere would surely have brought.

An acquaintance wasn’t totally happy with her holiday experience. She had hoped her boyfriend would at least stop by her parent’s home to say hello before they continued on to his family’s home for the holiday meal. She wasn't expecting him to stay for any length of time, but to just acknowledge the invitation that they had extended when they'd so graciously invited him to their home. Instead, he bypassed her folks altogether, not even suggesting they stop by for a quick hello.

I had much to be thankful for this year and I was much thankful for a perfect holiday that involved lots of family, lots of love, and a very special friend who made the whole experience one I’ll always remember. I could not have asked for anything more.
Posted by Deborah Mello at 11:24 AM
Email ThisBlogThis!Share to TwitterShare to FacebookShare to Pinterest
Labels: Me Myself And I