TALKING TO THEIR WOMEN 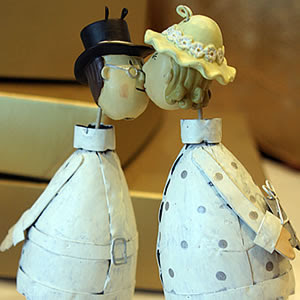 An old friend is having some relationship issues. He and the wife seem to have lost their balance with each other. Both brought two kids into the marriage. The wife is adamant he be a father to hers but she’s not much willing to be a mother to his. When they wage battle the wife tends to exacerbate the problem further by denying her man sex. She also tends to use her feminine ways to manipulate things she does or doesn’t want to happen in her home.
My brother has hit a wall of sheer frustration. The wife crippled his last nerve when in the throes of passion, while trying to avoid mussing up her new hairdo, she looks over her shoulder and asks him if he’s going to be there much longer. Seems there was something coming on television that she wanted to see and taking care of his needs was interrupting her flow. With one swipe of her tongue the woman annihilated the man’s self-esteem.
His partner in crime shook his head listening to him complain. Buddy-friend has never run into that problem with his wife. He had to brag that his wife is always excited to make love to him. He went on to explain thought that he’s only interested in making love to his wife every other month or so. I’m sure she’s damn excited if he’s only giving her some lovin’ once or twice every 45 days. Buddy friend seemed perfectly content with his arrangement. I had to ask if his woman was feeling the same way. Since he was so excited to share I didn’t mind pointing out that maybe the wife might be having her own issues with their arrangement. Personally, I know I’d have a lot of issues if my man, who was reasonably healthy and functioning, was only interested in making love to me once every other month. I gave him reason to pause.
I asked both men if they ever bothered to talk to their wives as readily as they talk to me. The two of them looked at me like I’d lost my mind. But talking to me wasn’t going to fix what was broke in their homes. Talking to their women, however, might.
Posted by Deborah Mello at 10:40 AM
Email ThisBlogThis!Share to TwitterShare to FacebookShare to Pinterest
Labels: Rantings