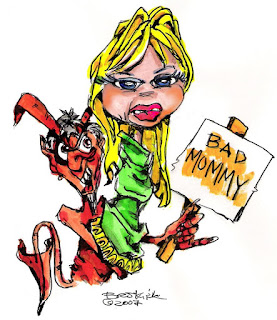 Deanna’s memories don’t seem to be everyone else’s memories. And Deanna is now questioning if she’s the crazy one in her family. Deanna and her mother had a bitter argument. Her mother said some pretty hateful things. Deanna said some hateful things back. Their memories of Deanna’s childhood are two vastly different memories. Her mother claims it’s her daughter’s evil ways that twisted fact into fiction. Deanna understands the truth will destroy the illusion of the perfect parent that her mother fathoms herself to be.

Deanna doesn’t deny that she was loved. But she also accepts that she was not liked. Her mother didn’t like her. Her mother’s disregard began when her child was very young. Her mother’s issues took precedent over her daughter’s well-being. Deanna’s mother would claim to know everything about her daughter but their argument proved she didn’t know anything at all.

Deanna has chosen to walk away from the memories, and her mother, in order to keep herself whole. Their argument proved that her mother would rather see her child broken than risk being exposed. She was a good mother, her child the bad seed, and that’s the only truth mom wants told. Heaven forbid the secrets come out and bad mommy is exposed for the world to see.
Posted by Deborah Mello at 11:02 AM
Email ThisBlogThis!Share to TwitterShare to FacebookShare to Pinterest
Labels: Rantings