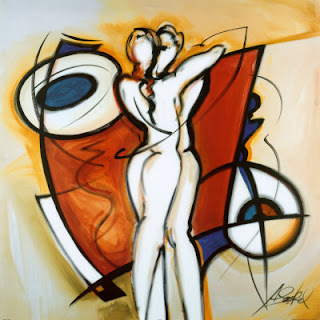 Dara had been ending another relationship when she and Marcus became involved. Marcus went into the relationship hoping that Dara could get her baggage unpacked and sorted out quickly. Although her emotional ties had clearly been severed, Dara was navigating the dissolution of the legal ties that were holding her hostage. Through no fault of Dara’s quick didn’t happen quickly enough. Now Marcus is rethinking his commitment to the woman he professes to love. Those pesky legal ties are clearly rubbing him the wrong way.

The couple acknowledges that they probably should have waited before acting on the interest they had for each other but that didn’t happen. Dara’s at a point where she’s not much interested in denying how she feels about Marcus. She loves him heart and soul and would gladly tell the whole wide world. She refuses to bottle up her emotions waiting for the right time and the right place for things to be perfect. She's afraid perfect may never be quite perfect enough for Marcus. For Dara, it is what it is, and she is starting to think that pretending it isn’t won’t serve either of them well in the long run.

Marcus clearly wishes that they had waited before crossing that line from friend to more than friends. Marcus seems to have better control over his emotions, doling them out only when it’s convenient for him. Now Marcus has found himself questioning just how much he’s willing to risk for Dara. What is he willing to go through or not go through to hold tight to the bond they supposedly share? He’s asked himself just how much does he really love this woman. Although he hasn’t said it in so many words, Dara senses the answer is he doesn’t love her nearly enough, if at all.

Now that Dara’s legal ties are just a stone’s throw away from being completely severed Marcus seems to have caught a case of cold feet. Marcus is denying what’s between them and Dara is starting to think that’s because what they shared really wasn’t what she thought it was after all.
Posted by Deborah Mello at 10:40 PM
Email ThisBlogThis!Share to TwitterShare to FacebookShare to Pinterest
Labels: Love Stories